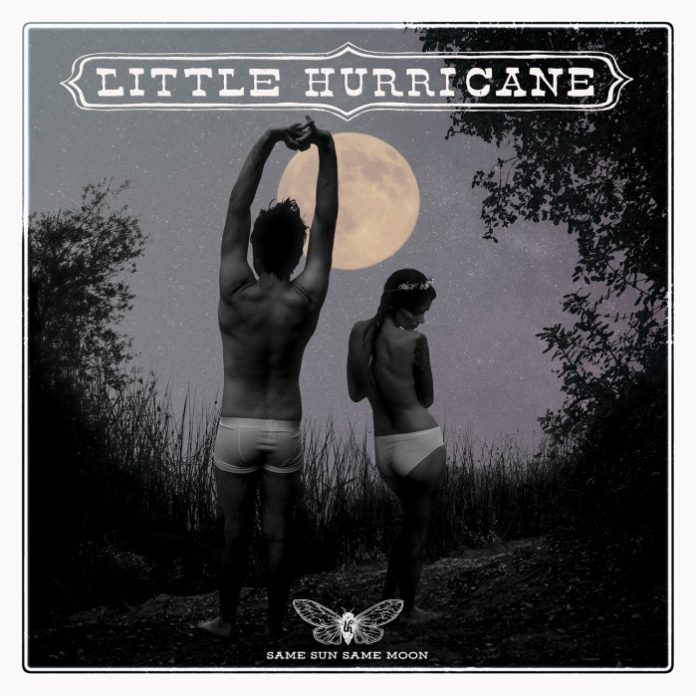 Bernard discovers Little Hurricane and they blow him away

The European Mascot Label Group has become synonymous in recent years with the very best of the blues and rock music and this has seen their artist roster grow to include many of the biggest names around. When I saw their new signing Little Hurricane appear in my Inbox for review, my immediate thought upon seeing a drums/guitar two piece is that I’d been getting something in the Black Keys/Royal Blood style but that’s not the case at all. Described in their Bio as ‘Alternative Rock’ (a dreadful label if ever there was one), this Californian Band formed in 2010 and this is their 3rd album.

Their obvious ace is the strength of their song-writing as this record is packed full of hook-laden hits that will delight the Later & Glastonbury brigade, whilst remaining edgy enough to appeal to those that prefer something with a bit more depth.

The title track opens the album and it’s very commercial – imagine Chris Martin had landed in 1977 Talking Heads for a session and you’ll be somewhere near. ‘Bad Business’ could easily be a Dan Auerbach song with its shimmering guitar lick underpinning the chorus. ‘OTL’ sounds like a Coldplay track from when they still had something interesting to say; it’s a great pop song. ‘Isn’t It Great’ has an early Black Keys sound and is the best song on the album. ‘Take It Slow’ is more of the same before ‘Lake Tahoe Eyes’ arrives. This is a slow paced song with echoes (literally) of Chris Isaak and its great. ‘March Of The Living’ is a short but rocking instrumental track before ‘Mt. Senorita’ takes us back to Black Keys territory. ‘For Life’ is a laid back song for a hot summer’s night, ‘You Remind Me’ is a light, reggae influenced song with a catchy chorus and these lead to ‘Slingshot’. This is another highlight on the album and is the closest this album comes to the blues music I was expecting to hear. ‘Moon’s Gone Cold’ closes the album out with its gentle acoustic guitar picking.

Pop almost seems to be a dirty word these days (no doubt due to it’s a reality TV associations) but Little Hurricane have made a fine pop record that could be this summer’s festival soundtrack and it is well worth checking out.

The album is out now.