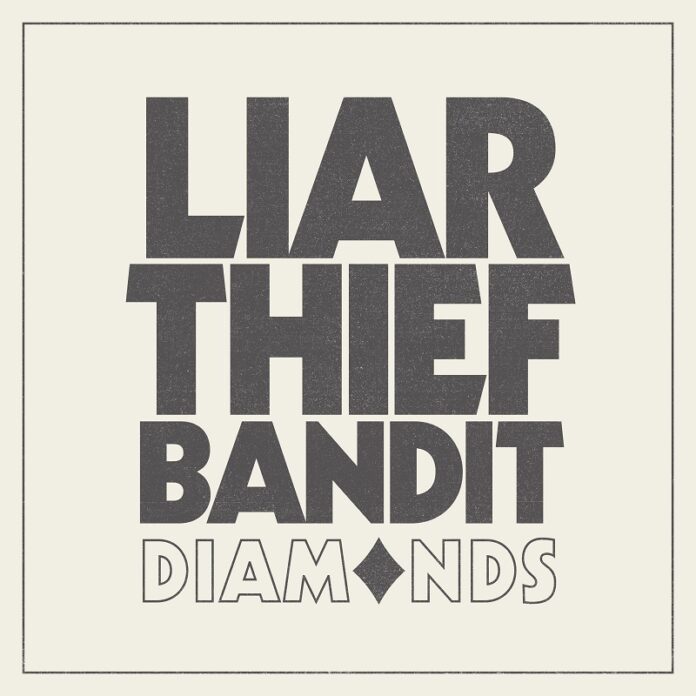 Someone sent me a picture on Twitter the other week. It was of a hatchet job on Manic Street Preachers. A real vicious attack from years back. And they asked me: “have you ever been asked to write a review like this Andy?”

The answer was “no”. And the reason is bands like Liar Thief Bandit.

No one “asks” me to write reviews. I do every one of them because I love it, and generally speaking because I love the music. It goes like this: you might not know LTB. You might have a life that doesn’t allow for trawling through a million Scandinavian Rock Bands to find one like this. It’s then beholden on MV to tell you why you should seek them out.

Back last Summer, they released an album called “Deadlights” which reinvigorated my love of rock n roll (that’s not an exaggeration) now, they’re back with this. A seven tracker (you know, the drill, is it an EP, is it an Album?) with six brand spanking new gems on.

And brother, if you have ever thought to yourself “The Hellacopters are ace, Grand Royale are magnificent, but I wish they sounded more like Thin Lizzy” then I’ve got the band for you.

The Swedish trio have got something special. If two of those bands in the paragraph above were too niche for you (and if you haven’t heard of the third, I don’t want you reading this site, frankly) then put “Peace With Disaster” on. The opening track. It’s like a shot in the arm with the rock elixir. You want to remember the visceral thrill of rock n roll? Mikael Jacobson’s solo. It’ll do that for you.

“Better Days” is pure Lizzy. It knows it too. The whole intro is like a Scott Gorham fan convention, but Liar Thief Bandit have a theory: Life isn’t all bad. “Better days are really hard to come by,” they sing. But “we have it all figured out”.

Certainly, this is uplifting. Certainly every time I’ve heard it, its elicited a smile, and certainly it comes from The Hellacopters playbook. Ncke Andersson himself would love “Harm Reduction” and the chorus is so catchy, so will everyone else. “Missed opportunities and friends that tell you lies, won’t get you far in this life” it says, and surely that’s the mission here. To grab everything you can and wring everything out of it.

It’s so proudly celebratory. The chopping riff of “Diamonds (Are Made Under Pressure)” is that of a band that has mastered its craft and, like all three piece bands they are so superbly balanced that I’ll swear they could walk a high wire as an encore.

“The Art Of Losing Battles” does something slightly more raw and Garage Rock. William Grube is unhinged on drums here. Like he’s caught them in bed with his wife and it suits them and “Send Me Home” is not only built around a bass groove from Niklas Dahre, but more it is one of a couple here that hint at even more to come. Slower, more deliberate, a little more classic rock perhaps, but right in the middle there’s “Ain’t Fit To Live Here” a cover of Graveyard’s 2011 song. Graveyard (again for those who dabble and have other things to do) are a mighty doomy rock behemoth, who sound like they’re still rifling through the bins at Woodstock looking for the good stuff left behind. Liar Thief Bandit do it brilliantly, and they make it sound like one of their own.

They know no other way. “Life is wasted on the living” sings Jacobson at one point. He’s got a point. Don’t waste it. Music like this makes you feel like you can take on the world – before reality hits. But what if reality was like this? Let’s do it. Let’s buy a van and travel the world and naysayers be damned! “Diamonds”? It shines. Liar Thief Bandit would be the house band of our reviews page if I could work out how to make it happen.