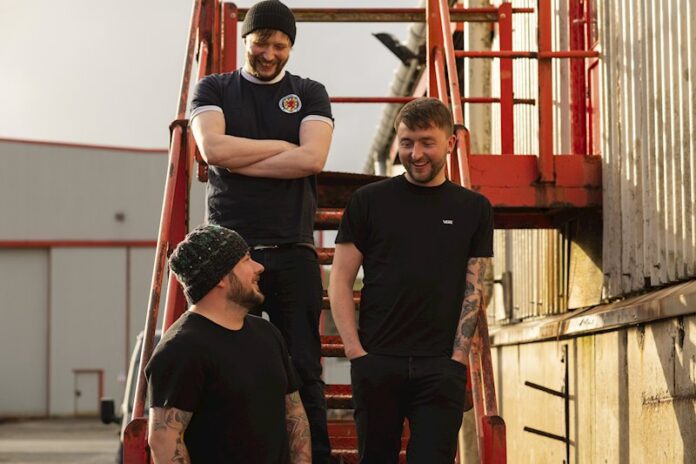 FORGOTTEN SONS charge forward with the release of their engrossing new self-titled EP, out Friday 18th November. The EP is preceded by a rousing new single and video, Flipside, out now – https://youtu.be/QkmmomqjQyA

Hatched from the Shetland Islands, FORGOTTEN SONS have continually illustrated not only their resilience to overcome the logistics of being an island band, but their determination for creating and growing a fanbase far beyond their local scene. Born in 2015, the animated alt-rockers are deeply fueled by their unique location and close friendship bonds and take strong influence from the poignant punk rock of Gaslight Anthem and Hot Water Music, and the diverse and sprawling endeavors of Biffy Clyro.

FORGOTTEN SONS have regularly toured throughout the UK and have constantly put out a string of successful releases. However, like many, the band have recently encountered troubles, including departing from their label and line-up changes. But the addition of bass player Stephen Ferguson and live guitarist Callum Anderson, added to the bed-rock foundations of founding members Sandy Middleton (Guitar and Vocals) and John Gair (Drums), have allowed the industrious punks to broaden their horizons and elaborate even more on their already dynamic and expansive sound.The trio are now poised to climb to giddy heights with their new self-titled EP. The record was tracked, recorded, mixed, mastered and engineered all in-house by drummer John Gair at his recording studio, Poolhouse Studios. Channeling their captivating surroundings and giving great care and attention to their craft, FORGOTTEN SONS have thoughtfully produced a record that is pure, candid, and highly engaging. From the irrepressible up-tempo vigor and emotive drive of Flipside, to Socials’ ultra-hooky refrain and contiguous cadence, to Wasteland’s engulfing framing and all-consuming draw, and I’m Fine’s raw and stripped back allure, FORGOTTEN SONS have a killer record that firmly stands up from back to front.

The band will tour the EP during the coming months and further singles are also planned. Look out for announcements and live dates via their social sites.