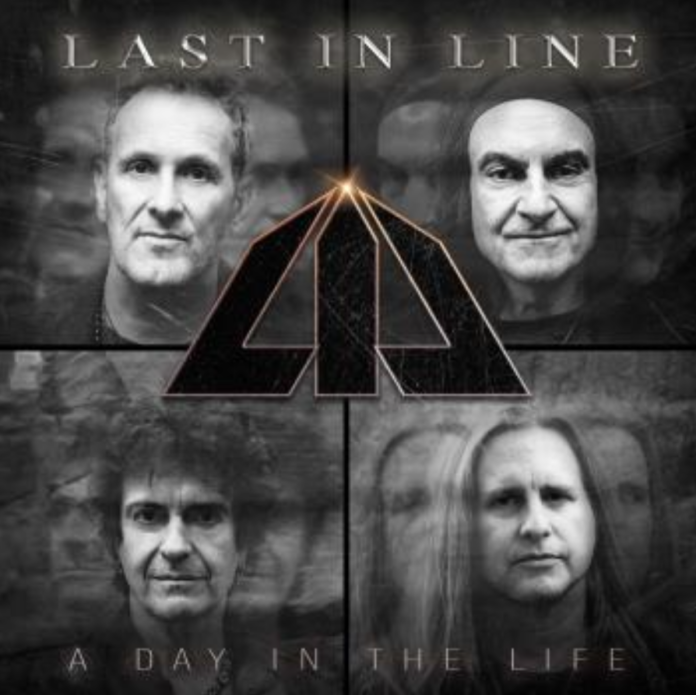 Andrew Freeman – the man who sings in Last In Line – always needed to be stunningly good. They are after all, the band that was inspired by Dio (and contain Viv Campbell and Vinnie Appice still) but he’s been in demand recently. First, he stood in as singer for Firehouse in 2021, but then, another one of the glam bands of the 1980s/early 1990s that I loved so much, Great White, announced him as their frontman. For six months, anyway. About this time last year he left, with a statement reckoning it was due to his Last In Line commitments.

The point to that was, LiL released an incredible debut record back in 2016, a brilliant follow up a few years later, then the pandemic hit, and Campbell is in a band called Def Leppard that play the odd gig, plus Appice has been known to play in the odd popular combo….. but if Freeman was “committed” then there was new material.

And here it is. A four track EP which acts as a taster for the new album (due 2023) but also a timely reminder that LiL are a genuinely superb rock band.

The type of thing that would have been a CD single back in the day, before the internet ruined literally everything that was good. Ever. This is a pleasing throwback because 3000 of them have been minted and are coming out on vinyl.

It’s something of a throwback too in that, like the CD singles I used to collect, it’s a bit of a rag bag. A cover, a new track and a couple of live tunes.

The cover is the title track. “A Day In The Life” (and as ever this is done with the caveat that I am not and would never claim to be a Beatles fan), is turned into a heavy song that if you didn’t know the original you’d think LiL had owned.

Campbell’s guitar is bang on point on that one, and indeed, he’s in staggering form throughout. The new original “Hurricane Orlagh” is an absolute beauty. Modern hard rock doesn’t get better than this. Instantly classic, grown up stuff, but my goodness when it lets its hair down it goes wild.

The two live cuts are superb too. I only saw them once in their first go round. Back in 2016, in Wolverhampton, where their show was incendiary. “Devil In Me” was played that night, and the Dio flavours are to the fore, and “Give Up The Ghost” (from the second record) is more of the same, and the bass groove of Phil Soussan shakes.

All told there is nearly 20 minutes here, and as someone who loved “singles” its hard not to get nostalgic. It’s equally tough not to get excited at the impending proper, full return of a  great modern band.