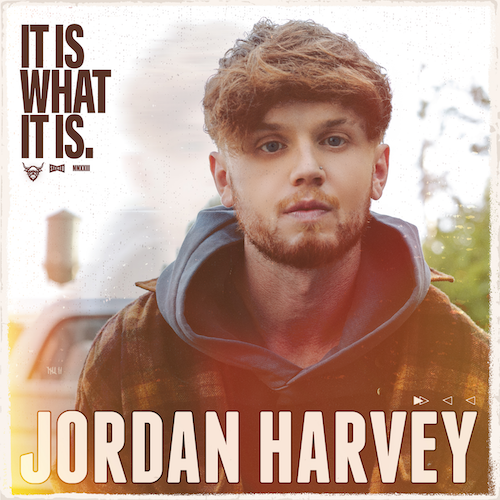 I am firmly of the belief that anyone over the age of 30 who looks at Tik-Tok should be on some kind of register, so you’ll forgive me if I have a bit of a shrug at the news that Jordan Harvey is a sensation on the app.

Of far more interest is his career to this point. Scottish, he dreamed of Nashville, sort of like the girl in Wild Rose, only he stayed.

He cut is teeth too. Performing in the honky tonk’s in the graveyard shifts, before joining King Calaway and opening for all kinds of bands from Garth Brooks to appearing on Neighbours (this was after Kylie left so I’m not bothered).

In 2020 Harvey left the band to “pursue his own musical journey”. Which is beginning right here with these five songs.

“It Is What It Is” kicks off with “I Will”. That’s the one that went viral, and you can see why. Pop music, but crucially its pop music for blokes who see a girl they are in love with, with another man. That’s all of us then. Boom.

Like that? Handy then, because there’s four more. “Along for The Ride” has more polish than a floor cleaning warehouse, and “Overnight” is cut from the same cloth.  Parmalee or Everette fans need to get here straight away and that tells its own tale. This is unashamed country pop, its not going to pretend its anything else.

And you know what? Just like everything else on the Broken Bow Records label, it’s exquisitely done. Try and resist “Alabama Girl”. You won’t. Written about a guy from “across the pond” who “loves her drawl”, it’s everything you think its going to be, but its superb for all that.

“Thing About Change” is the proper ballad. The girl changed everything. And if Harvey plays his cards right here, he’s got another mega hit on his hands. He’s got the summer mid-west prom anthem. Kids are going to have their first dances to the track and who knows what else?

Which is why you can’t ever be too harsh on stuff like this, because for all that there’ll be another along in a minute, its going to mean a lot to a lot of people, and Jordan Harvey is going to be a pop star.

In that respect, no, it’s not the most original thing on the planet, but like the EP says: “It Is What It Is” and good luck to him for that.

Previous article
SCYTHE THEM DOWN
Next article
BAND OF THE DAY: FIFTEEN LIONS