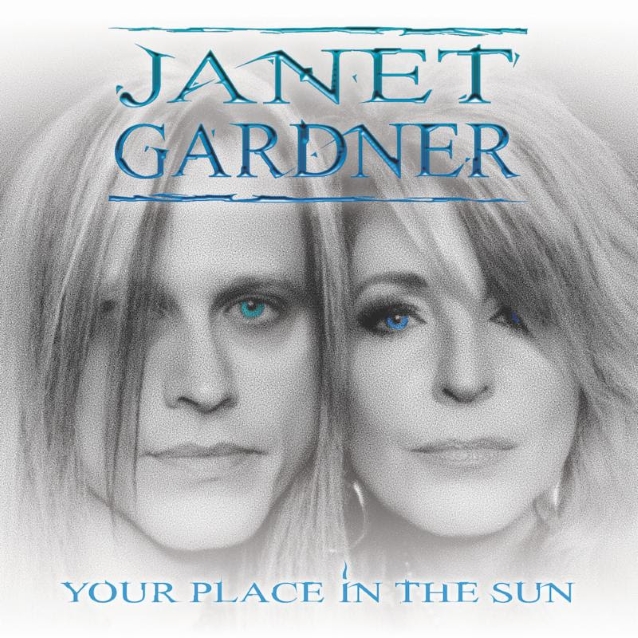 The very first line on “Your Place In The Sun”, Janet Gardner’s second record in a little under two years after a couple of decades of relative inactivity, is this: “They might think they know you, but they really don’t….”

It is unspecified exactly who “they” are, but my hunch is basically “everybody”.

Certainly, Gardner’s self-titled debut solo record was better than anybody expected it might be, and the follow-up proves that was no flash in the pan.

Ploughing the same sort of hard rock with a modern, almost industrial twist that she did last time around, there is perhaps more on “….Sun” that is more akin to the output of Vixen – the trailblazing outfit she fronted in the late 80s.

Beginning with the extremely strident groove of the title track, which has a real metal edge, is perhaps instructive. Given that by the time she’s got the solo, it’s moved into AOR territory, and that’s sort of the two worlds this straddles so adeptly.

“Assassinate”, sweeps in on the back of some mighty synth, and shows the gift Gardner and James have for almost effortlessly, it seems, finding a euphoric, soaring hook.

Best of all, in truth, is the downright sleazy sounding “Standing”, which has the biggest, brashest, most unashamed chorus you can imagine, and the guitar work here has a real crunch.

As a child of 80s rock, I like to think I am familiar with the formula. The fourth song is a big old ballad. “Try” though, is anything but formulaic. For one thing her voice has taken on a real cracked quality here, but for another, those sugary ballads of the way back when didn’t really ever include a woman who can’t decide whether to accept a marriage proposal or not.

A feature of this is the intros are almost always superb. The one on “Web” slams, before it doesn’t do what you think it might in the verses and the hook? Well, you know by now that this is going to live and die by those, right?

“Kicks Me Back” is so 80s it almost comes in listening to a Walkman wearing shoulder pads, but again, that’s all fine until Gardner plays with the formula. “A different bed every night” she sings, and this is very much written from a 21st century independent woman perspective.

It is a fact too, that if you think you’ve got this pegged at any point, you ain’t. “A Way To Your Heart” had me reaching for all kinds of Heart puns, and although Nancy and Ann Wilson would be proud to be influences, they’d be equally delighted that it all finds its own path.

And as a further point, one which can’t be ignored either. Sex peppers these lyrics, informs the relationships between the characters, and never more so than on “Should Have Known”. However, there’s a moment before the solo where Gardner speaks the words: “you broke me!” and sounds like the least broken woman on the planet. Empowered more like.

If that one is a middle finger to a fella, then “You Said” is a massive one to the political class. A couple on the last one were overtly political, this one takes it to another level.

“Empowered” is one of those blue-collar ones that the 21st century Tommy and Gina’s are going to use as their anthem, and “Without You” is another one where the “I’ll show you” streak comes out – this time with a real pop thing going on.

“Flame Thrower” is better, in truth. Almost bringing things back full circle in terms of the heavier sound, it is a riotous piece of rock n roll, that wouldn’t be out of place on “Girls, Girls, Girls” era Motley Crue.

A line in this one sums up the attitude perhaps: “She’ll cook you what you want” she almost sneers here. “but make you eat off the ground” – and you’ve been warned. Hell hath no fury, and all that.

Making up for last time, maybe, Janet Gardner has a fire inside right now, never mind the warmth of the sun.