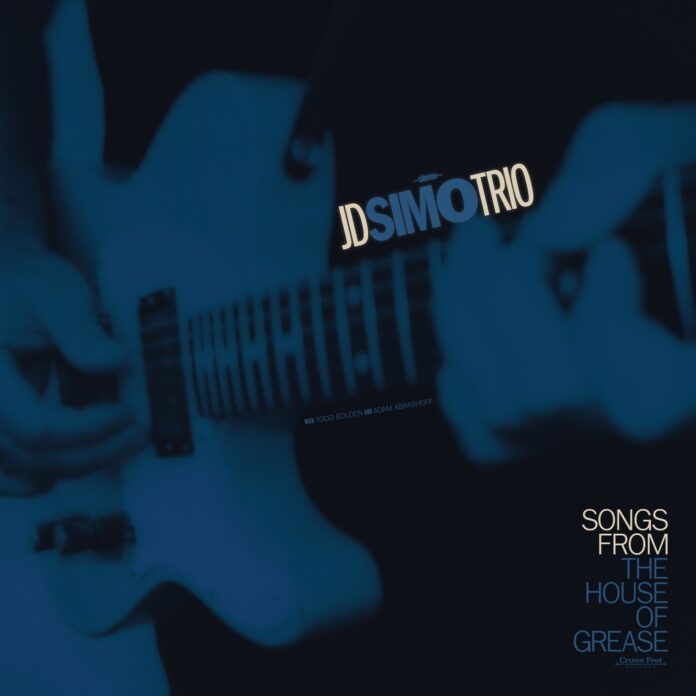 There’s a quote on “Songs From The House Of Grease” from J.D Simo, that rather sums it all up. “I couldn’t be prouder of this, as it honestly captures my best playing ever!”

And – in tonight’s latest episode of “Andy is a philistine” – it rather sums up why it’s only being reviewed a week after it emerged.

The truth is, dear reader, that “….Grease” came over Christmas and I gave it a couple of listens, and discarded it, never to be seen again. It was weird, its jazzy, its essentially a jam session, and for someone who loves words, loves hooks and lyrics, that’s a problem.

Back a few years ago, I was predicting J.D Simo to be the next Bonamassa and play arenas by 2026. I made this claim in a review on the site and I stand by the fact that, if he’d wanted to, J.D could have done that. In fact J.D Simo (who most recently played the music on that massive Elvis biopic) could have been anything and done anything he wanted.

Which brings us back to “…..Grease”. You see, after consigning it to the wilderness, people kept telling me how good the thing was. And, I am as guilty as anyone, maybe you don’t give some records the attention they deserve, and with these five songs (in common with most of J.D’s more recent output) you can’t dip in and out of it. You have to be as all in, as invested in it as the trio are here. Because then, if you are, this has rich rewards.

Kicking off with the mournful wail of his guitar on the cover of “Mortgage On My Soul”, originally by Mississippi Fred McDowell, which becomes a primal blues thing before its done, but it is astonishing how much ground this covers.

“Afro Blue”, for example is a world away from that opener. And in truth, despite a lifetime of loving all kinds of music, jazz is the one thing that I’ve never understood. So, I can’t say that I know John Coltrane’s original, or that I would want to listen to it after this, but that all being said, I’d be churlish (and downright stupid) not to recognise the genius at work here.

“Missy’s Strut” is a brand new Simo composition. Somewhere between funk and soul, said to be inspired by the New Orleans sound of The Meters, it’s a beauty. The bass of Todd Bolden makes this one as much as anything else, and its striking how much of a band feel there is – drummer Adam Abrashoff is in sensational form too.

The highlight is the wonderful take on “How Can A Poor Man Stand Such Times And Live” – done by everyone (notably Springsteen on the Seeger Sessions), this version nails it. Updated lyrics (“mother nature’s pissed, she’s gonna put human’s on the endangered species list” the pick of them) but the old time feel of the original – and it’s worth saying here that Simo, if he chose to sing more, has a fine voice too.

It ends with a free reign take on his own “Higher Plane Pt 1 And 2”, it’s a mighty long way from the fuzzed up groove of the opening to the jam of the second half (if we may paraphrase Mr. Hunter!) but it’s a mighty long song, and the one you suspect, they most enjoyed and no doubt they’ll play live and go where it takes them.

And that really is the point. This is the sound of three gifted men enjoying themselves, hoping rather than needing, to take people along with them it is a record that you can’t criticise for the simple reason that when it was planned in J.D Simo’s head, then this is exactly what he wanted to do. That’s a metaphor for his whole career.

Previous article
BE WITH YOU
Next article
REVIEW: CROWNE – OPERATION PHEONIX (2023)