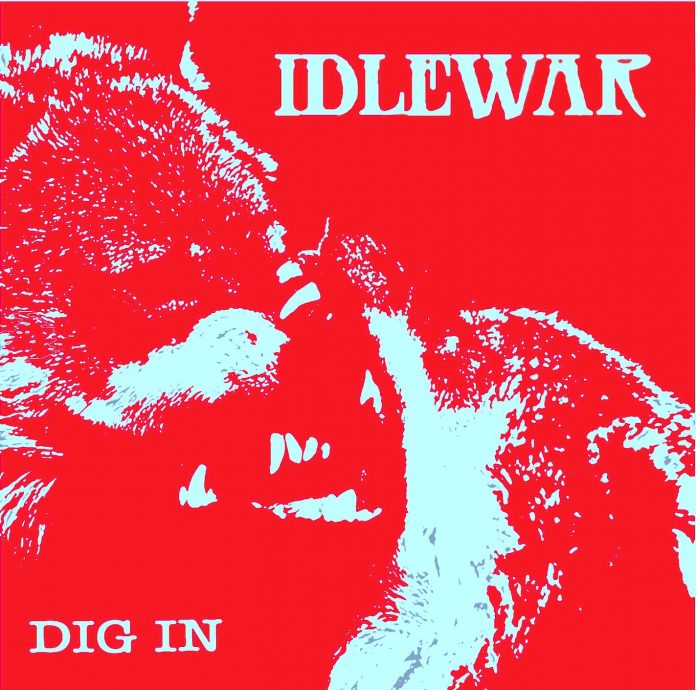 Meaty So Cal Power Trio announce themselves in fine style

You don’t always think about bands from all over the world having the same struggles. We are familiar with the unsigned scene in the UK of course, but for some reason it still takes us back a bit when we get emails from thousands of miles away asking for exposure.

Take this one from Idlewar. To bring you up to speed – in case you missed MV’s profile of the boys last week – they are a three piece (two of whom have beards to make real men jealous) who believe that rock n roll should be riff based and simple. They namecheck Crobot, White Stripes, Clutch and QOTSA as influences, and that’s about right too.

The five tracks here are made up of as many meaty grooves as you can pump your fist in the air at, there’s a real kick to opener “Chunk Of Me” and you imagine that this would sound incredible in a live setting.

“Out Of My Head” doesn’t shamble in meekly and look at its shoes, rather it strides in, high-fiving everyone as it does, and such is its confidence, probably leaves with your girlfriend while you applaud. However, even that has to bow down to “Eleventeen.” Quite frankly no song on an EP like this has the right to be this mighty and when James Blake howls out the chorus, they make good on those Crobot comparisons.

“Feel The Pain” is not only the longest track here (albeit it’s still under five minutes) it’s also perhaps the heaviest, and “Stronger” contents itself with being a real fuzzed up garage rocker. Like the rest of the EP it’s superb.

Such is the music business these days almost no one knows what will become popular and moreover almost no one knows how on earth a band gets into the mainstream. That’s the challenge that Idlewar face. However, the other day MVM had cause to be on social media and someone had this written as their bio: “Be so good,” it said. “They simply can’t ignore you.”

On that basis, stardom awaits.