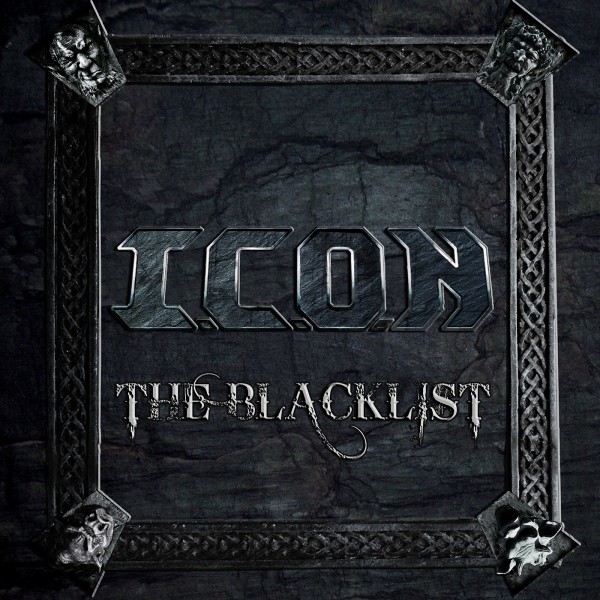 A few years ago, MVM (before MVM or its forerunner existed and we were just a shitty little blog) found itself a dingy club by a canal on the outskirts of Birmingham City Centre. There, we were watching an old skool metal act – who given what comes next shall remain nameless. The crowd that Thursday evening was precisely seven people.

The support band for the evening had travelled down from the North West, they were I.C.O.N and they were brilliant. So impressed was MVM that we purchased their “New Born Lie” mini album.

We tell that story not to take the piss or belittle anyone. Quite the opposite. That story, better than anything, explains two things: 1) how tough it is in metals underground. And 2) just how long I.C.O.N have paying their dues.

Now, finally with a full length record out – they released a live album last year which was mostly made up of “….Lie” songs – and including Larry Patterson on drums, they appear to be desperate to make up for lost time.

Beginning with the brooding, slow building instrumental “A Room In Hell,” the record finally cuts loose with “Feed The Negative” and, given the rocky road they’ve travelled to get here, we can perhaps view this as their personal anthem. The groove heavy, “Grindin’ Wheel” is better still and the marker has been laid down.

This is muscular stuff. Meaty, heavy and yet accessible. Think Pantera jamming with Orange Goblin over a few beers and after listening to a lot of British Metal and you are in the right area. And if that sounds like your bag then you will find much to admire here.

“I’m The Venom” spits with anger, and “Welcome To My War” is seemingly the embodiment of all those years of frustration, while the title track, a little slower and a touch more monolithic than what has gone before, almost seems to relish being on the “Devil’s Blacklist.”

There’s time for a Maiden-esque gallop before the end, with “Deconverted” being a real boot to the nether-regions of religion, and the closing “Drowning In The Screams” is a real pounding affair.

“The Devil’s Blacklist” is a superb slab of British Heavy Metal. It’s more than that, though, it’s the best record that I.C.O.N have made, and one of which they can be rightly proud. After all this time these – as they put on it on the excellent instrumental that allows them to stretch out here – men of the North have made their statement.