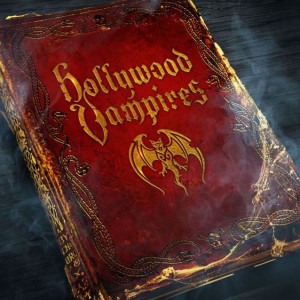 Generally speaking covers albums are not worth reviewing. Occasionally, very occasionally, you may get something interesting. It might be it a unique interpretation of a popular artists music such as a heavy metal version of The Beatles Sgt. Pepper album for example or maybe Cradle Of Filth covering Pink Floyd’s The Wall (none of which exist to my knowledge!!)

At best they can remind people of the majesty of some of their favourite tracks of yesteryear and maybe even introduce old band’s music to new audiences in a way the old bands themselves could not do. At worst they are tepid and a waste of recording time. Since time began there have always been heroes and people have always tried to emulate them; you can’t pass a patch of grass in the world without some young footballer trying a Cruyff turn or a young guitar player spending days on Youtube trying to perfect the latest Zakk Wylde guitar solo. That said, in full album tribute terms, if imitation is the most sincere form of flattery then most of the covers albums can considered themselves truly flattened.

So, with all the initial reluctance that Maximum Volume has surrounding these types of releases , where do we believe uber-supergroup Hollywood Vampires belong? Unlike getting the truth from any government on the planet, you’re about to find out.

Hollywood Vampires is essentially a collection of mates with musical talent who also happen to be some of the biggest names in the entertainment industry today. The core of the Vampires are made up of Alice Cooper, Joe Perry (Aerosmith) and Johnny Depp (Hollywood heart-throb with rock n’ roll form).  This album differs slightly from your usual fare as the artists that Alice Cooper is paying tribute to are influential musicians who he knew personally and they all died far too young from their excesses. That fact alone though doesn’t guarantee anything. The album starts with the late Sir Christopher Lee reciting the “The Last Vampire” (a passage from Dracula). As always his voice is chilling in what proved to be his final appearance on record.

It’s followed by one of two brand new tracks “Raise The Dead” written by Cooper and Depp. In a nutshell it’s sounds like classic modern-day Cooper. It wouldn’t have been out of place on any of his most recent releases. “My Generation” is the first cover on the album and its a high octane version that sticks like to glue to the original version by The Who.

Other tracks that don’t mess with the original format include The Doors combination of “Five To One/Break On Through”, the McCartney-penned Badfinger classic “Come and Get It” and “I’ve Got A Line on You” by Spirit. All the energy and intensity is kept within the songs boundaries and it pays off if fine style.

Johnny Depp clearly knows his way around the guitar chord chart and lived his rock n’ roll dreams in his younger days and was in a few bands before hitting the Hollywood scene. He also was in a band called “P” with Butthole Surfers mainman Gibby Haynes. The album was interesting to say the least and if you haven’t heard their cover version of Swedish pop troupe Abba’s “Dancing Queen” then it is truly an experience not to be missed. Anyhow, I digress, back to the Vampires. 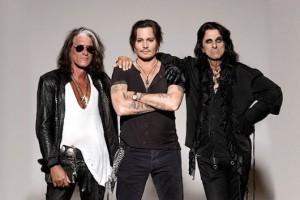 A very cool and classy and harmonica-infused version the Led Zeppelin standard “Whole Lotta Love” is a highlight on an album with very few missteps. Perhaps, if we are being harsh, then “Jeepster” the Marc Bolan (of T.Rex fame) classic lacks some of the grit and sass of the original and feels like a bit more of a run through but then no-one did sass like Bolan, who could add glamour and style to a nursery rhyme.

A beefed up version of John Lennon’s “Cold Turkey” is an example of where the album hits the right spot. The album features guest appearances by Paul McCartney, Robby Krieger, Dave Grohl, Slash, Brian Johnson, Perry Farrell and Duff McKagan amongst a wealth of others, too numerous to mention and they all bring their own sparkle to proceedings.

Back when Alice Cooper was earning his stripes the world was full of tribute bands. In fact most of the bands just covered each other’s material. So much so that it became difficult to tell who made the original version. Alice knows who he’s tipping his hat to and so does the listener.

Cooper and Perry are planning a live album, some shows and maybe even another album down the road, members availability permitting so this may only be the beginning. If so, then bring it on after all, sadly, there are hundreds more great artists who died young that Alice could pick from to provide his own unique tribute.