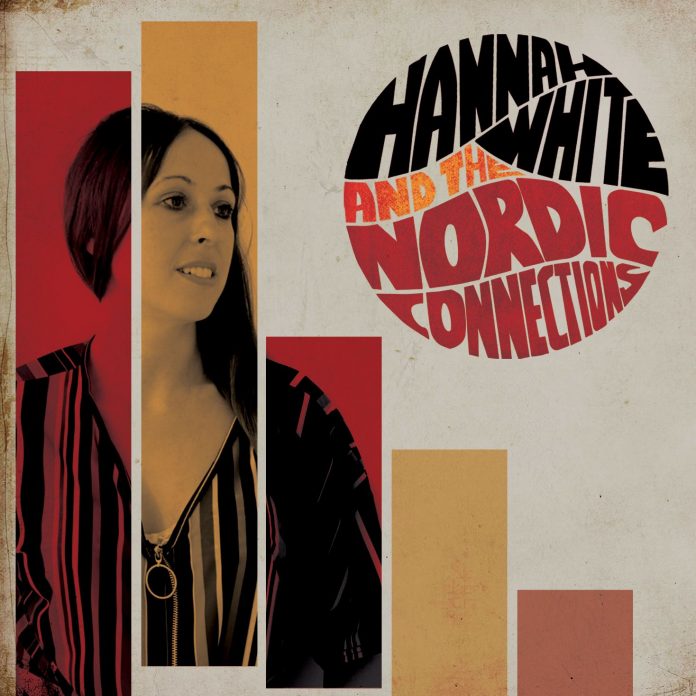 The title of the first track here, “Never Get Along”, is something of an irony. This is all about collaboration, working together, being greater than sum of your parts. And the parts in this case were special to start with.

Hannah White already had an impressive couple of records, and this one with the Norwegian band that she’s calling The Nordic Connections, is perhaps the best of the lot.

I rarely read anyone else’s reviews. This is not to be conceited, but because quite simply I’ve never needed anyone else’s opinion to validate my own (I don’t care, frankly). However, on this occasion I was searching the internet for a bit of research as to who the Nordic bandmates were – beyond the fact the sessions were overseen by the legendary HP Gundersen – and happened across something that gave this a kicking.

I won’t say which website it was (and I’ll be truthful here and say genuinely I’ve never seen the point in reviewing a record I didn’t like) but even allowing for the fact that music reviewing, like anything else, is about opinions, which are like arseholes in that we’ve all got one, I can only conclude that the person who wrote it listened to a different album to me.

Right from the gorgeous slide guitar opening to the aforementioned track (I think played by White’s husband Keiron Marshall) this is a record that sounds absolutely beautiful.

Curiously American tinged, you can imagine this as the Americana of the West Coast, sun dappled, kind of Hippie, a bit of Joni Mitchell. It’s unhurried and unrushed. “Start Again”, essentially takes the idea of forgive and forget and turns it into a song, it is a world view, it is a statement, and maybe the world would be a better place if we adopted it?

The album was recorded live in a disused Bread Factory in Bergen and that live energy, the idea that all the musicians were in the same room creating something of the moment, something organic, is never better shown than on “City Beats”, with its raucous piano based rock n roll flavour. “Pay Me A Compliment” is from the other end of things, largely. If “…Beats” is the Friday night hi-jinks, then “Pay Me A Compliment” – with its glorious soulful vocals – is the Saturday morning hangover.

“Gotta Work Harder” another of the new tracks that emerged from these sessions, is kind of funky, and you can see it being fun live, if the band ever gets to play gigs, but for my money the stand out here is “My Father”.

In the review I referenced earlier, the author said that “it lacked emotional engagement” and mocked the lyrics. If you’ve lost a parent you wouldn’t do that. Not here, not about this one. And the emotion, I’d suggest, is palpable and real.

“Like We’ve Always Done” is more folky, if you will. Celtic tinged, there is just a bit of Mark Knopfler’s guitar in the mix, and for a woman who sounds so confident, then the blues of “When You’re Not Around” comes as a bit of a surprise, she sounds hesitant here, for perhaps the only time.

In amongst all this superb music, I haven’t really got around to praising her vocals enough, but the versatility in White’s voice is striking, a fact that is clear again on the piano led, “Man Without Men” which is rather emblematic of the album, in that it builds at its own pace, and the harmonies it contains are quite lovely.

Hannah White And The Nordic Connections can be very proud of what they’ve done here. If it is a standalone record then it stands with anything else this year, I hope though, that it’s the first one of their association, and if it is,  you wonder where it will go next.