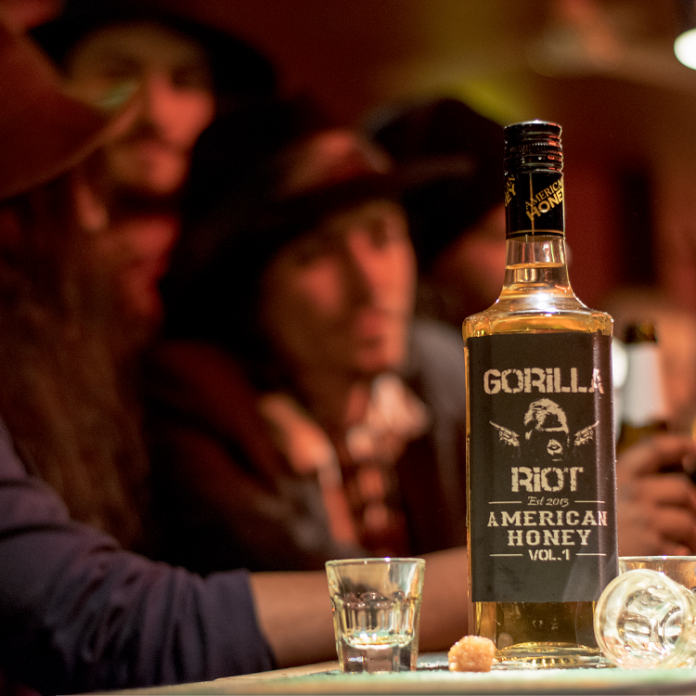 You never need to look far to find an example of how the internet has ruined the world (and, yeah I am aware of the irony of a music website saying that….).

25 years ago when I started work there was an independent record shop just across the road. Pretty much every lunchtime I’d be in there – found some great stuff too (and some dross but that was the fun)  – the owner cared about the music and he’d say “here you are And, you might enjoy this, have a listen and pay me tomorrow if you like it.” (one of the things he gave me like that was the first single from Silver Sun).

The reason for this nostalgia? Well aside from the fact I am always up for a chat about the evils of the internet (yeah, again I realise….) there’s this four tracker from Gorilla Riot. Back in the 90s, it’d have been released as a single and reviewed in Kerrang.

The follow up to the “Six Shots Down” EP from last year finds the Manchester five piece in semi acoustic, bluesy mood, but they don’t half know how to write songs!

Frankly, if you aren’t singing the chorus to “Bad Son” by the second go round then there might well be something wrong with you. Opening with a Stones-y loose limbed lead, it is like something Bad Company might have done in the “Shooting Star” phase.

Resolutely based in the greats of the 70s, like the chorus says: “I ain’t gonna change for anyone” and why would you, when you’ve got something as shot through with summer as “Crazy Girl” in your top pocket? Recalling the Kinks, it manages to sound like the most laid back break up song of all time.

The really great thing about GR, though, is that they really don’t give a monkeys about anything modern. “Come into my parlour” is not the opening line of many songs in 2018, but it is on “Down The Road” which is like the Temperance Movement playing a Credence Clearwater Revival song (and Arjun  Bhishma’s vocals have a hint of Phil Campbell about them to be fair).

“Last Hymn” has the same spirit as the Black Crowes circa “Amorica” and possesses both a soul-filled groove – the backing vocals are stunning – and a nose for trouble. Which proves that rock n roll is exactly as it should be, so take that internet.

Gorilla Riot are one of the most promising bands in the UK right now, that much is obvious. If the greatest acoustic EP ever is Dog’s Amour’s seminal “Graveyard Of Empty Bottles” (I refuse to debate this) then this ain’t far behind.