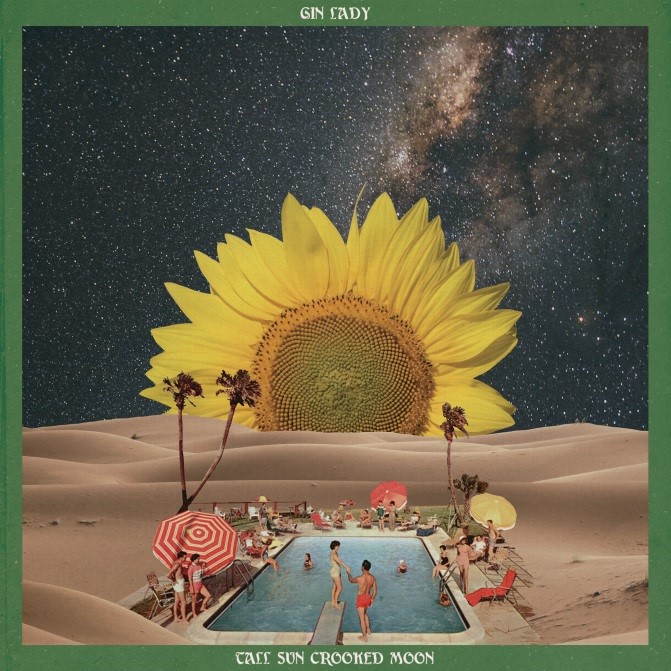 In the past I’ve reviewed the two previous Gin Lady albums (both 8/10) and made references to early Wishbone Ash and 70’s West Coast rock. Twenty months on and a new Gin Lady record is released to the world and this one has pretty much ditched the South Coast of England for a longer stay in California. The playing, vocals and production remain unchanged and the sheer warmth of the performance coupled with strong material has perhaps delivered their best album to date.

‘Everyone Is Love’ opens the album and musically it jumps straight into Neil Young/CSN&Y territory. Superb harmony vocals and a crunchy guitar riff that wouldn’t be amiss on a Thin Lizzy album, it’s a terrific way to start proceedings. ‘Sweet Country Livin’ follows and I had to check the credits to make sure Graham Nash didn’t have a hand in the writing. This is a great song for the summer with its slinky pedal-steel sounding slide guitar work and a harmony chorus that soon gets you hooked – their own ‘Marrakesh Express’.

‘The Darkest Days Of All Time’ slows things down a touch and its whistled riff is reminiscent of something from Mark Knopfler’s songbook. It is almost hymnal and it borders on the saccharine but Gin Lady manages to get away with this through the sheer quality of the performance.

‘The Visit’ follows and this song is one of the hardest rocking here. A bit Neil Young (again) and a bit Wishbone Ash (again), neither of which does it any harm as it’s a great song.

‘Gentle Bird’ is another slower number and it reminded me of The Beatles in the way Jeff Lynne’s songs do – homage rather than pastiche. It’s beautifully played and sung with a lovely bluesy guitar solo – top stuff.

‘Into The Wasteland’ is one my favourite tracks, mixing some Dire Straits/Chris Rea playing over a West Coast rhythm track. This one will be making it onto a car playlist for sure and would be a good starting point for anyone searching out the Band.

‘Always Gold’ continues the good work and features a cracking solo that takes you right back to watching The Old Grey Whistle Test as a youngster but ‘Undertow’ does even better on the time travelling, landing the listener in Laurel Canyon as CS&N work on a new song.

The last two songs on the album are also the longest songs here. ‘The Rock We All Push’ is medium paced and musically a bit ‘Black Crowes-Amorica’, with keyboards to the fore and a funky backbeat. The final song is ‘Tell It Like It Is’ and it’s a big number to close proceedings. Slow paced with plenty of tasteful guitar licks, I would expect this song to be prominent in their live set as it has the potential to stretch into something of an anthem – because of that it probably just gets my vote as the best song here, given that I am always disappointed when it fades out quite quickly.

So, in some ways it’s more of the same from Gin Lady, as stylistically it’s a continued evolvement of their sound rather than a re-invention. However on this release the overall quality of the song-writing has gone up a notch; combine that with a continually strong musical performance and it’s confirmed – this is their best album to date.

Previous article
REVIEW: D.A.D – A PRAYER FOR THE LOUD (2019)
Next article
BORN TO BE WILD