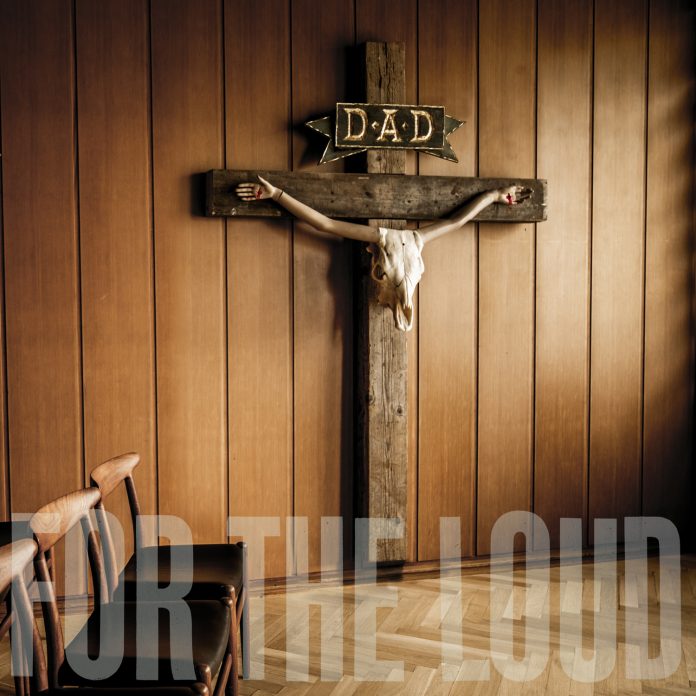 You can forgive them, maybe, for bursting to get out of the blocks. Eight years is a long time.

That is though how long its been since the band that was the biggest thing out of Denmark since Peter Schmiechel has released a record.

And a lot has changed in the landscape since then. Not least, a band called Volbeat has wrestled their crown as the Danish rock kings, but such is the energy here, on the 11 songs that make up “A Prayer For The Loud” that D.A.D are clearly hankering for their place at the top of the tree back.

This is a sprint from the off. “Burning Star” reckons its better to burn out than to fade away. There is a pulse, a throb and an electricity that isn’t exactly a gentle welcome back. This is petrol bomb through your letter box to recall them by.

Lyrically, it’s dark from the off. The very first line on this at all is “no one gave you the tools to make a real life. They delivered most of the parts but you couldn’t get it right…..”

These words are delivered by Jesper Binzer in his trademark nasal way, and all of this means that all is present and correct in the D.A.D world. Because this is a focussed attack. By the end of “….Star” Binzer has suggested that “I’ve got a bad case of I told you so, and its hard to hold my tongue.”

So they don’t. They let it all come out. The title track, darker musically, perhaps, bluesy too is content with the seven deadlies: “I’ve got a sermon you can trust, about a burning bush of lust….” And no one is apologising for anything here.

“Nothing Ever Changes” adds a metal edge, talking about “rivers of blood” for good measure, but crikey, its harmonies soar.

It is indicative perhaps that far from nothing changing here, D.A.D have refocused themselves on their core values, so to speak. That is to say, adrenaline soaked, bluesy hard rock.

“The Sky Is Made Of Blues” has got mega-hit written all over it, and “The Real Me” (not a WASP cover, unfortunately) is a search for freedom. One that – and this is meant as a compliment – recalls Bon Jovi at their absolute best, and the idea of “riding till I’m free” exemplifies the escapism here.

Once “No Doubt About It” has done the big strident groove that you could hang your hat on, it merrily has echoes of AC/DC and if that’s the first time I’ve mentioned them, then all great hard rock has a bit of them in, right? And make no mistake, this is great hard rock.

I’ve listened to enough of this music in my life to know there’s always a ballad. “Drug For The Heart” has a bit of LA Guns about it, and its alright if you want to be sentimental, the unromantic amongst us can content ourselves instead with the Krokus-ish biker freak out of the fabulous “Musical Chairs”.

“Time Is A Train” doesn’t mess with the formula too much – why should it? – but has a bit of AIC style discordance about it, while “Happy Days In Hell” tells its war stories, and the line about “I get bored when we talk like adults” rather speaks for us all, if we’re honest.

“If The World Just” is another slower one to finish, but one that deals with modern life rather than matters of the heart, and it builds itself up into some kind of arena rock frenzy anyway – and make no mistake, that’s where this heading.

So, welcome back, boys. The band that used to be called Disneyland After Dark are right here, where they belong, and on “A Prayer For The Loud” thank whatever you consider holy that they’ve still got the stardust.