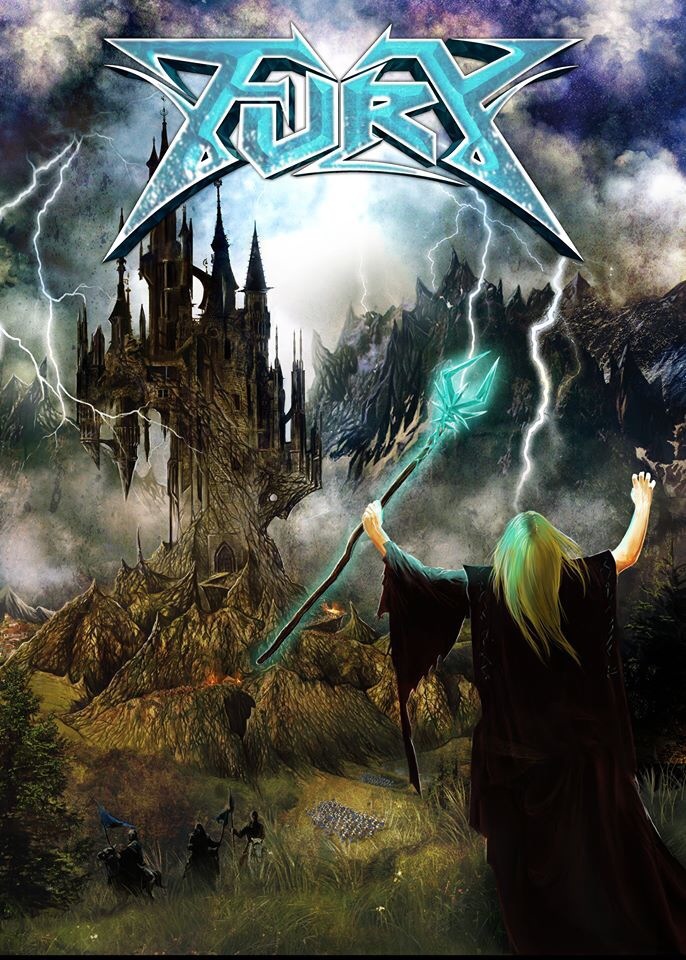 There have been libraries full of books dedicated to working out just what heavy metal is, when it was started, who started it and what it means. Is it’s true spirit traceable to that moment when a Birmingham sheet metal worker severed the tips of his fingers in the foundry and invented a new way to play his guitar? Does it belong to an earlier time when a band from just slightly further north decided to get together and change the face of music by borrowing heavily from the Blues artists of the Deep South of America, and fuse it all together with some Tolkien and a dose of Aleister Crowley? Or is it something else entirely?

What is certain is this: when Steppenwolf used the phrase “heavy metal thunder” in that song of theirs you might know, they may just have had this record in mind.

The debut full-length album from Fury is Heavy. Metal. Thunder. Made flesh, there is absolutely no pretence here that this belongs to one of those bullshit genres that magazines make up. Rather “The Lightning Dream” is the purest of pure heavy metal from start to finish.

The Worcester based band have been playing on the live circuit for years. They’ve been to Bloodstock, they’ve been to Hammerfest, they’ve played just about everywhere, and along the way have found to release two EP’s which hinted at something a little exciting. Now is their chance to deliver on that promise.

“……Dream” begins with a track that originally appeared on one of these EP’s. “In To The Dark” and it gallops along most agreeably. Giving way to “Saviour” which does likewise. This is a world of sorcerers, Lucifer, demons and all kinds of wizards and magic, it’s also an album with the greats of British heavy metal all over it, but totally unashamedly so and without any hint of pastiche.

“Edge Of Time” builds to a twin guitar solo that would make Messrs Murray and Smith misty eyed as Julian Jenkins and Martin Beesley really cut loose, while “Warrior’s Prayer” sees a bass heavy groove and “brothers standing tall.” It could be Manowar, it isn’t. “Out Beyond The Stars” is ostensibly a tale of space travel, but when Jenkins almost yells “impossible is just a word” you can’t help feeling it’s laden with meaning for the band itself.

There is barely a pause for breath throughout this weighty work, and even when the pace drops slightly for the anthemic “Britannia,” an ode to an idealistic Albion, it does so with great effect.

The album finishes with the title track, at nearly 11 and a half minutes, it is almost prog like in its intent, it is not only the most ambitious piece here, but it is arguably the best. The song is the signature of a band that has waited all it’s life to make a statement and, given the chance to make it, they weren’t going fail.

The spirit of true Heavy Metal never died anyway, but with bands like Fury to carry the torch it’s in rude health. This is no dream. This is real and it is brilliant.