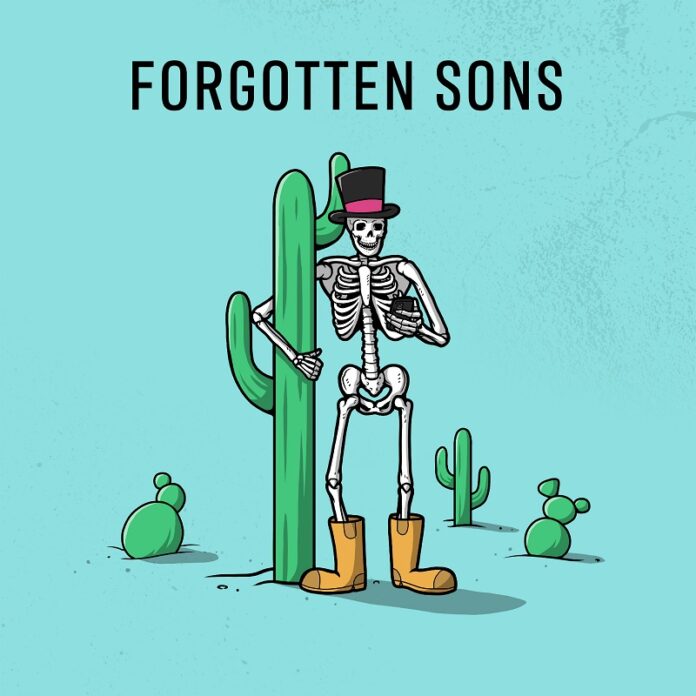 One of the things you can guarantee will get me onside with a band is if they sing in their own accents. There’s those groups who love to pretend they’re American, but those fakers fool no one. Much better the outfits who do it in their native tongue.

Take Forgotten Sons. There’s no mistaking their Scottish roots. They are one of the few bands from the Shetland Islands, and it shows in Sandy Middleton’s vocals. A quick Google (I’ll grant you this isn’t extensive research) throws up that most of the bands from that remote part of Britain seem to involve a fiddle player, how many of them sound like Hot Water Music playing Gaslight Anthem songs is open to question, but no matter because Forgotten Sons do.

The four songs on here concern themselves with real life. There’s no escapism in the mental health struggles on “Flipside”. But Middleton deals with it all in an erudite way. “When your demons can swim” goes its bridge “but you can’t help but drown.” They all seem to be from the heart, but this one especially so.

“Socials” – their current single – discusses the problems with social media addiction:  “we collect reactions, and wait” sums it up neatly, not to mention the outro “please, please see me as I want to be seen”.  It’s a beauty, and as someone who once had a meeting with a bloke who reckoned they were an “influencer” and asked what they did for a proper job, it’ll come as no surprise that I agree.

“I’m Fine” does the thing that people like Dave Hause (or Dashboard Confessional at a push) do and lays it all bare over an acoustic strum, back in the day we called this “emo”. It’s probably called post emo core now or something.

“Wasteland Mindset” presents me with a problem. I hate cliches. And an alt rock band with Scottish accents basically screams “Biffy Clyro” doesn’t it? So I wasn’t going to mention them. But so widescreen is this, so much ambition does this have, that you have to. There’s no choice. Maybe it’s their remote location that fuels the anger here too, but rather like The Virginmarys there’s a palpable frustration in these words.

Forgotten Sons have been around longer than you think. They were Band of the Day on here as far back as 2018 (albeit with a different line-up and a slightly different sound). However I always feel that calling your work by a self-title is like a statement of intent. For Forgotten Sons, “Forgotten Sons” sounds like a rebirth.