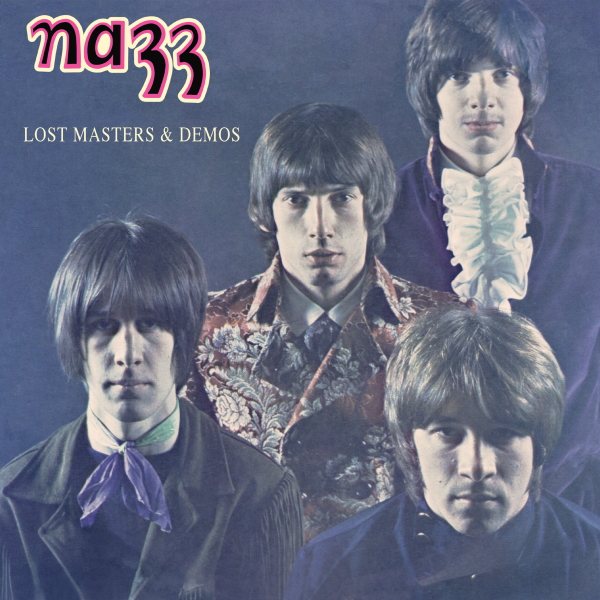 Attention music collectors and Todd Rundgren enthusiasts everywhere! Purple Pyramid Records, a subsidiary of Cleopatra Records Inc., is proud to announce the release of an extravagant box set of long-lost studio recordings by the ’60s power-pop/psych project that brought Todd Rundgren his first taste of musical notoriety and, Nazz. These tracks are taken directly from the original master acetates of the originally conceived 1968 rough mix of Nazz’s sophomore album Nazz Nazz. It was at the sessions that Rundgren took his first turn behind the mixing board, developing the production skills and techniques that made him the highly acclaimed producer he is today!

Rundgren’s ambitious vision for the second Nazz album actually encompassed 26 songs spread across 2 LPs. And although the recordings were eventually scrapped and most of the songs reserved for the band’s third album III, these early versions of the songs would profoundly shape not just Nazz’s sound but the trajectory of Rundgren’s own career. In addition, the other recently discovered acetates contain alternate mixes of Nazz’s signature tune “Open My Eyes” as well as the future Rundgren hit “Hello, It’s Me.”

Set for full release on December 2, Lost Masters & Demos brings all of these rarities into one gorgeous package, available as either a 3CD set or 4LP set, that includes a full-color booklet with detailed liner notes from music historian Michael Armes as well as an extensive interview with Nazz engineer and future engineer on Rundgren’s first three solo albums PLUS tons of rare photos! Fans can get a small taste of what’s in store with the single “Forget All About It,” which is being released on all digital platforms prior to the box set’s full release.