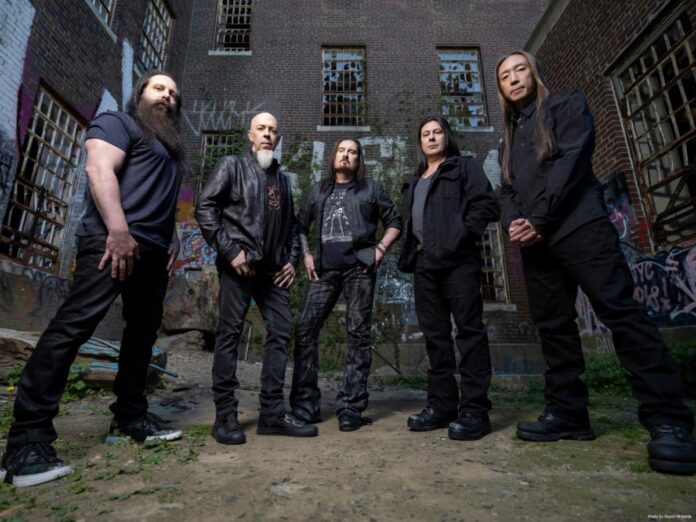 Grammy-winning, progressive music titans DREAM THEATER have been steadily revealing a slew of new European headline dates in 2023 on their social media this week. Countries announced include England, Scotland, Denmark, Estonia, Slovakia, Czech Republic, Poland, Estonia, Germany, Italy, Sweden, Denmark, Switzerland, and The Netherlands. The tour supports their acclaimed latest album A View From The Top Of The World.

The four UK dates will take place in February and are as follows:

The shows follow on from previous UK concerts in April 2022 in Belfast, Newcastle, and London.

UK tickets go on general sale on Friday, 18th November, from box offices and online here. A pre-sale starts at 9am, Wednesday, 16th November. More information and tickets for all upcoming shows as well as VIP packages can be found at www.dreamtheater.net.

Dream Theater’s A View From The Top Of The World was released to worldwide acclaim on October 22nd, 2021. The album shot to #1 on the iTunes Store Top Albums Metal chart, #1 on the Top Rock Albums and even reached #4 on All Genres iTunes Top Albums on release day. The new release hit #2 on the Amazon Best Sellers in Rock (CD format) topped only by The Beatles reissue of Let It Be. A View From The Top Of The World also garnered the group their first ever Grammy win, clinching Best Metal Performance for “The Alien” in April 2022.

Fans can also watch a video for first official single “Invisible Monster” and a frenetic, high-definition CGI marvel from long-time collaborator Wayne Joyner for “Awaken The Master”. Most recently, the group shared a fourth video – ”Transcending Time” – another CGI creation by Wayne Joyner. The song has been a fan-favourite since the album was released and is the shortest track on the band’s latest album clocking in at 6:24 seconds. The performance showcases the band’s musical influences while being quintessential Dream Theater.

﻿The album is available everywhere music is sold/streamed and can also be ordered here.