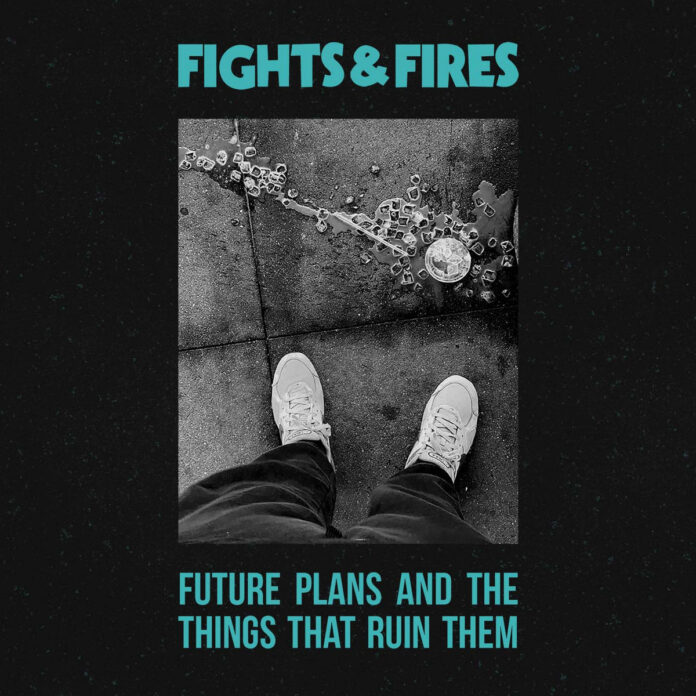 There’s no preamble to “Future Plans And The Things That Ruin Them”.

Not even an intro.

Instead, Philip Cox delivers this as a first line: “Imagine being told your life’s not viable. The job you love, the life created “just isn’t worth the funds”

It’s a gut punch of a thought, and yet, it must be the way anyone who made music or staged shows felt during 2020. It’s coming up to two years since I saw SLF on their UK tour and it was the last gig I saw until August 2021. These five songs are a product of that frustration.

And if that sounds dark, then it is. But then it was, wasn’t it? I don’t know what I would have done without this website in those times – and I actually dread to think. The effect on mental health of music, making it, listening to it, watching it (I’ve done two of those things a lot, the other not at all) should never and must never be, underestimated.

The problem is we elected people that were sub-human to lead us in this pandemic, but I digress (not by much as it happens, but we’ll get to that). Fights And Fires channel that anger, that hopelessness, brilliantly on “Shitty Year”, but what the five piece do so well is wrap this around a chorus. I remember seeing Polar Bear Club once, way back when, and they had a similar vibe. So do MV faves Pkewx3 (who F&F supported a few years back).

There’s no disguising that this is a punk rock band with a healthy dollop of Emo in it too, “I wanna be the one who holds you to the grave” is the best line Funeral For A Friend never wrote, and that it underpins “Bed For Bones” should not go unnoticed.

“Up, Down, Labour, Conservative, AB, Start” is back to the visceral anger of the opener. As someone with a Twitter Profile picture that declares that Tories are “lower than vermin”, but is no longer a member of the Labour Party, I understand. Look harder, though and you’ll find hope. “The system failed you, but you don’t need to fail yourselves,” roars (appropriate word) Cox and the message is clear. We have each other.

The last one, “Pocket Full Of Flowers” continues the reset, and as it does it with all the energy of Anti-flag, you imagine they mean it.

As Fights and Fires officially are a band from the middle of England, it is something of irony that Tony Bliar (sic) won the election in 97 by targeting Worcester women, when the men of that city have been so badly left behind in 2022. Small town frustration set to chugging melody and nailed down with anger. Whatever plans you have, listen to this instead.