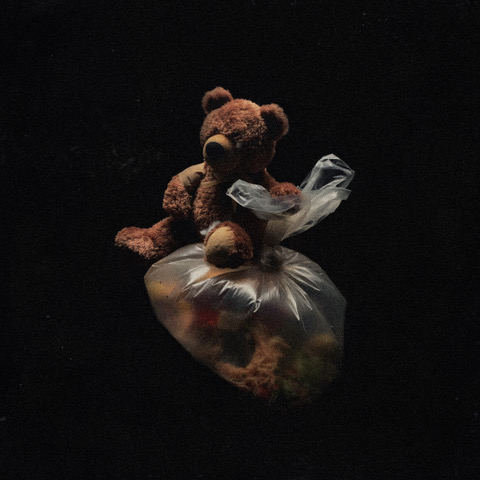 Dutch alternative rock trio Klangstof have been busy during the enforced lockdown and have a third album that will be released later this year already in the can but for now they have a new EP ‘Ocean View’ released this month. The songs roots emerged a few years back during sessions in Los Angeles between Koen van de Wardt and bandmate Wannes Salomé. Initially titled ‘We Tried, They Failed’, an inside joke referencing how unproductive that session was but it later morphed into ‘Ocean View’ with the help of fellow bandmate Erik Buschmann.

This extended play opens with title track ‘Ocean View’ and it`s a wonderfully dreamy composition that has a slight trippy underbite as it evolves with some guitar chord riffs and Koen van de Wardt`s quite mesmeric vocals floated atop. It ebbs and flows and paints a picture akin to waves rolling over a sandy beach. There`s a similar vibe to ‘Fool’s Rage’ but it`s a little more powerful in it`s approach. It opens with a quite hypnotic drum beat and continual guitar chord and the singer`s quite questioning vocals. It does grow into a much more alluring piece as it progresses and seems to blossom not only in sound but also in depth and volume as it climaxes.

‘Silver Cloud’ begins with a kind of guiding electronic drum beat with a delightful rhythm joining as drums and cymbals seem to thrash about with the vocals almost striving to be heard. The mid-section becomes quite trippy with vocals that are nigh on silky in texture and will really draw you in. The final segment becomes more assertive but never threatening before almost halting abruptly. This four tracker closes with ‘A Comforting Release’ and initially the vocals are quite tender. It expands with a steady underlying drum beat, synth like swathes and fairly intricate and intimate guitar chords. It does seem to portray that reassuring sentiment of all seems to be finally heading in the right direction after some turbulent times.

‘Ocean View’ is a quite intimate and delightfully rewarding submission and is the kind of offering that will leave you with a warm and comforting glow inside. It`s ethereal, dreamy, laid-back, atmospheric and at times a little experimental and unconventional but if you`re prepared to allow it the time it deserves it will reward you in so many ways.

Don`t take me word for it, grab and copy and see for yourself.