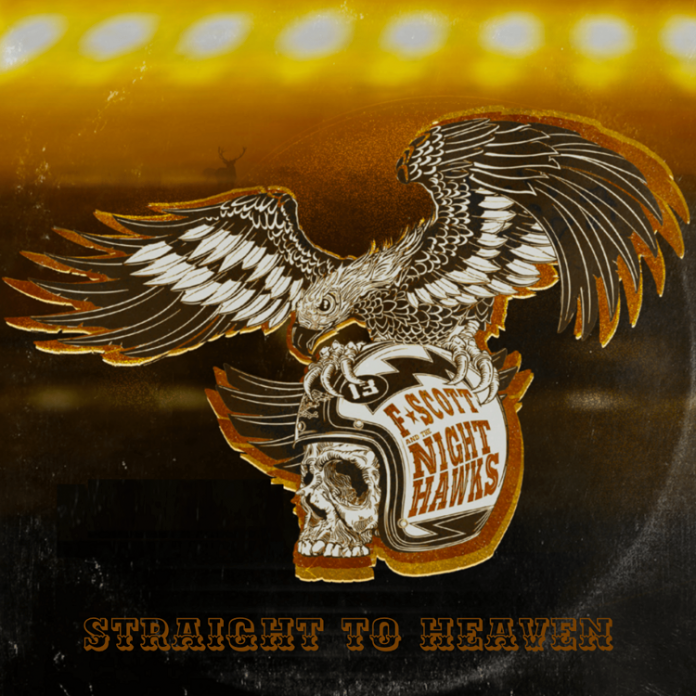 “Everybody knows, its only rock n roll” – it takes F Scott about 15 seconds to get to that line on “Drunken Prophet Soul”, the opening song on “Straight To Heaven” and you know what, this review could stop there.

See, ever since I was little, since way before I knew what rock n roll was, I’ve loved rock n roll. I was six when “Centerfold” by J Geils came out. I hadn’t a clue what it was, I know I loved the sound. I was about the same age when Dukes Of Hazard was on TV on a Saturday night and it was my go to. I didn’t know Country and Western, I didn’t know Waylon Jennings, but I knew the good ol’ boys never meant no harm.

Then came ZZ Top, and they ruled, and then – this is the last in the all our yesterdays I swear – came The Black Crowes.

Now, you see all those bands above. Apart from the fact they are all magnificent, what do they have in common? Don’t worry, this ain’t one of them shit quizzes we did on lockdown in summer once before we all realised that there were needles that we could stick in our eyes instead, so I’ll help you out. Take all of them bands, put them in a big jug of moonshine, add some dirt from the backroads and you get F Scott And The Nighthawks.

One of those outfits that comes into your inbox from nowhere and knocks your socks off, from the opening Stones like strains of “….Soul” this is one of those EP’s that reaffirms your faith that people are alright.

The title track sounds like any number of things that are incredible, from Credence to New York Dolls, to my boys Dogs D’ Amour. The bass grooves like Jason and The Scorchers, there’s a horn section and this sounds like it’s the house band in the Sons Of Anarchy clubhouse.

But it’s the way that F Scott changes gear that most surprises. “Honey Bee” floats, it doesn’t buzz, it sounds like Chris Robinson is high as hell and writing Black Crowes tunes again.

“Outlaws”, is punk rock if it was played by a country star, and when they sing “I don’t give a good God Damn”, you know they mean it. “Pegged” is like a proper honky tonk rave up. The sort of thing you might have heard in Sun Studios if you’d wandered in after hearing something raw, and if there was probably always going to be a song on this called “Rattlesnake” than this slithers and bites, plus sounds as primal as all hell. Put it this way, there’s a line here that says “rock n roll’s the only thing I know.” And it might just be.

The best bit is that this is part one. Part 2 is out in May. And if its as good as this, then bring it on. Never mind Heaven, the Devil always had the best tunes, right? Plus, you know what, its never “only” rock n roll to me, and good god, I like it.