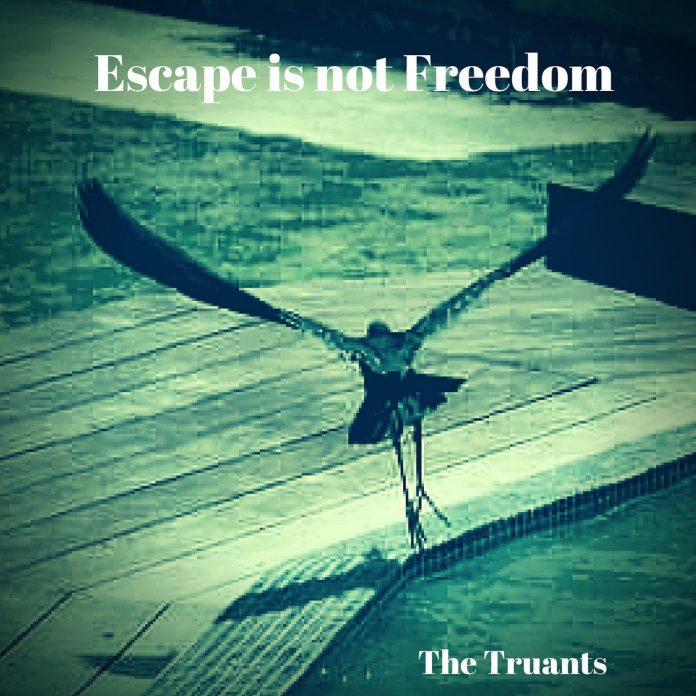 Indeed, this five tracker sets out its stall very early in the piece. “Wintersleep” is five minutes of massive thick sludge-type riffs, and a chorus that hits like a wrecking ball. It’s second affair is an instrumental effort with the best name of any song this year. If you call a song “Goliath Birdeater” then, son, it’d better be good. This is. Simple, it eschews the need for intricacy in favour of a desire to pummel, and you’d be forgiven at this point at least, for thinking this was all the band had.

As the thing unfolds, it’s clear that thought would do them a monumental disservice. Because amidst all the bluster of “Cicada Killers” there’s an almost a grunge type feel, and it wouldn’t be too much of a stretch to imagine their obvious influences The Melvins doing something like this.

“Aphasia” is built on a huge wall of sound, but possesses plenty of melody as things go, and the ambition of the outfit is perhaps best encapsulated by “The Truants” closing track. “Seed” clocks in at over eight minutes and builds marvellously on the back of slightly discordant multi- layered vocals and it’s almost chanted refrain of “I haunt you” is genuinely unsettling.

The band reckon they are “three old guys who still want to play rock music” but this highly promising debut shows that there just might be slightly more to them than that.

It’s hard to make sludge influenced music with a melodic twist, it’s even harder to make it different to the slew of bands that are out there. Escape Is Not Freedom have and you should keep an eye on them.