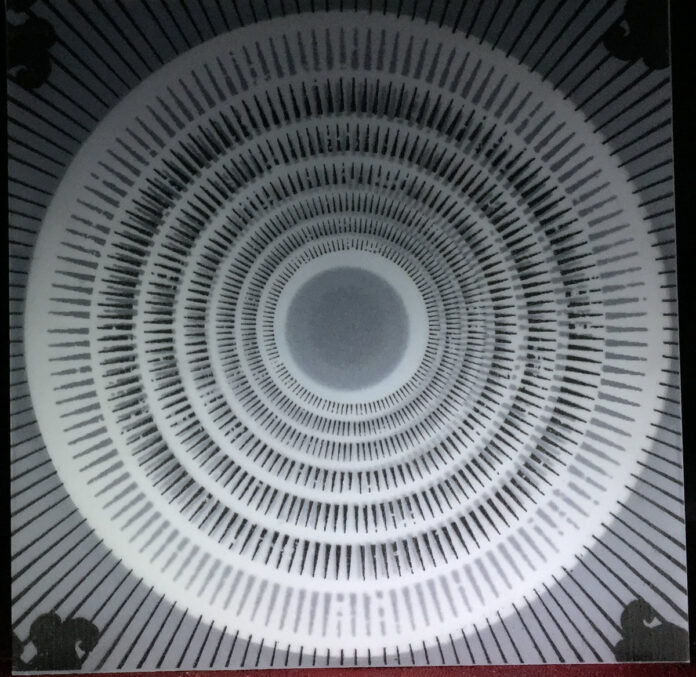 Dorr is the solo project of John Dorr, an English musician now based in Nancy, France, who was the former leader of neo-classical band ‘Stems’ . He has toured with DJ Yoda, performed  at Blue Dot festival with his heroes ‘Kraftwerk’ and scored the soundtrack for the short film ‘The Merciless Beauty’. His album `Symptoms of Desire` is released this month where he breaks his silence and sings both in his native English and adopted French, combining electronic and industrial percussion with layers of shimmering guitar and toy instruments (mini piano, otamatone, music box).

The album opens with `Cold ashes and guilt` which has an almost haunting texture which may be down to an Otamatone, a synthesizer whose body is shaped like an eighth note (quaver) (it also somewhat resembles a tadpole, or a ladle, (otamajakushi being Japanese for tadpole and ladle), with sound emerging from a “mouth” on the notehead. The deep vocals join and relay, in a kind of spoken word format a scenario that may well be the aftermath of a disturbing conflict. It`s compellingly relevant as we ponder the situation that has escalated in Ukraine. The number had an almost entrancing middle eastern vibe at times. There`s a quite eerie toy piano sound that accompanies the deep and breathy vocals on `Disconnection` with intermittent explosions of sound over an evocative constant synth heartbeat.

`Echo of a Scream` is a faster paced offering with an underlying synth base and what sounds like strings which lay the foundation for the singer to share his narration of living almost in a state of constant anxiety. The words shift from English to French as the number progresses with the chorus line “Breathe in / Breathe out, Screaming / Self-doubt” offering a flavour of the dilemma felt. I was reminded of the late Serge Gainsbourg in the delivery of the French lyrical content. We have a declaration of love in `Want` which is quite simple but so effective in its approach and conveyance. An occasional shimmering synth like tinge over what at times sounds like a heart beat and some orchestrated strings and deep vocals with an additional but much more quietly shared harmonic vocal floated below. There`s a line “I lose myself when I’m with you I forget myself. again, and again You, every time, every time” that really encapsulates the overwhelming desire the narrator feels.

`Bleeding Light` runs at just under ten minutes but doesn`t feel overly long. It has a mesmerisingly hypnotic texture with lyrics that switch from English to French as it evolves. The sentiment shared may well be associated with grief or perhaps the break up of a romance and coming to terms with either situation. It seems to grow in volume as it progresses. We have a brief instrumental number with `Rue des quatres-églises` which translates to street of the four churches. The street, which is located in Nancy, owes its name to the presence of four places of prayer on its route. The track opens with a snippet of church bells followed or segmented with chimes. An interesting concept and a nice homage to the artist`s adopted hometown.

We close out with `Slow motion` which is another track that runs to almost nine minutes. The lyrics relate to an appointment where from the look on the face of the person you are meeting, they have something important to share with you. The troubling part is that you seem to already know or have a pretty good idea as to what it is. Musically, It`s a wistful piece that really expresses the inevitability of the outcome of this encounter and the unavoidable anguish and heartbreak that will transpire from it.

I have to say I really loved `Symptoms of Desire`. I find that an album like this that makes you sit back and question or consider the lyrics ensures you gain so much more from it. John Dorr has a delightfully deep and resonating vocal range which bleeds and blends into the at times ethereal, delicate, and otherworldly music offered here. His voice is unique but i`m sure that if you are a fan of artists such as John Cale, Nick Cave and Leonard Cohen you`ll love this.