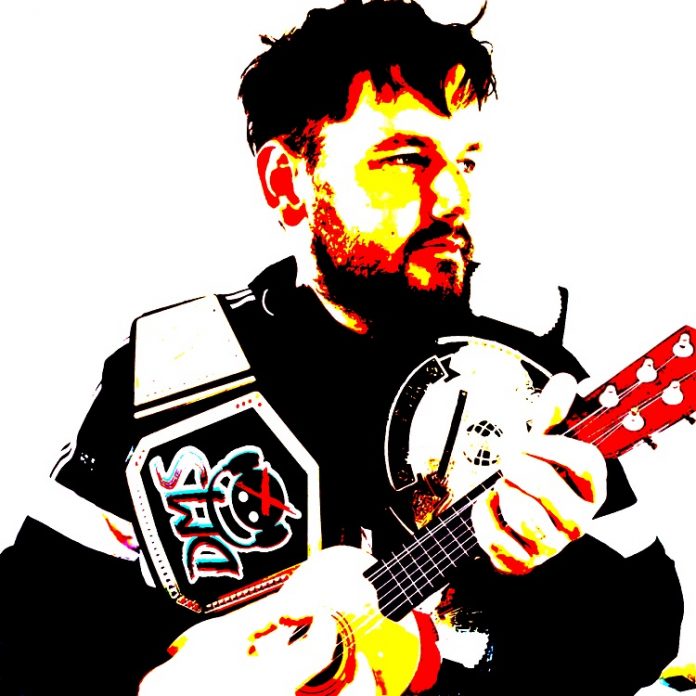 As much as I love “signature sounds”, that is to say the fact you can stick an AC/DC record on and know immediately it is them (there are other bands like this, of course), part of me has always been drawn to those that wilfully blur the lines.

I can remember being given the Mansun “Attack Of The Grey Lanterns” record more years ago than I care to recall, and there was that bit in “Taxloss” where the whole thing goes off on the biggest about turn.

Straight away, you know these are the band for you.

Being honest, I haven’t thought about Mansun too much in the last decade, but nonetheless, they were the name that kept coming into my head throughout “Imposter Syndrome”.

I’ll grant you, this might well be just me, given that the press stuff that came with the EP said this: “We have UK tunesters DMS who cite from Pink Floyd, Red Hot Chili Peppers and Led Zeppelin, through to Hadouken, Nirvana and Prince”.

Now, what that actually tells me is this: no one is too sure what this is.No, scratch that, I am certain that these four songs are exceptional. That out of the way, we can get to the why’s and wherefores.

Four songs. That’s all there is here, but on their social media it hints at a past for three of the band members, of which this is just the latest venture.

It certainly sounds like they’ve come from Edinburgh on urgent business. It is palpable that the pulse of “Tight Jeans” doesn’t do an intro. It is straight down to business. It is a disco, glam rock stomp, and a vicious put down of the wanabees, “why can’t you see, you’re living a lie, de ja vu, that’s why you’re always behind….” Goes a key line, and I say “key” because this feels the opposite. This is looking forward, fresh, taking chances.

It is staggering – and that word is, for once, not hyperbole – how many different styles are here. “Dirt” deals in electro, not too far from something on the recent brilliant Flight Brigade record, but it has an individuality too and the piercing guitar solo is something else altogether. This one might be the real standout.

In truth, though, each time you listen to one here you think: “yep, that’s the best”. The alt rock of “Howl” is probably “post” something or other, cleverer people than me will decree, leave them to it, I’d rather just enjoy it to be honest.

The last one is the single too. “Vain” is one of them that would be described as a “floor-filler”, if I wasn’t in my mid-40s and last in a club in the 90s. There is a something of the 80s about this, and the harmonies are mighty, with the chorus even better.

“Imposter Syndrome”? No, not really. DMS are the real deal, classy, sophisticated pop rock. EP’s don’t get a lot better.