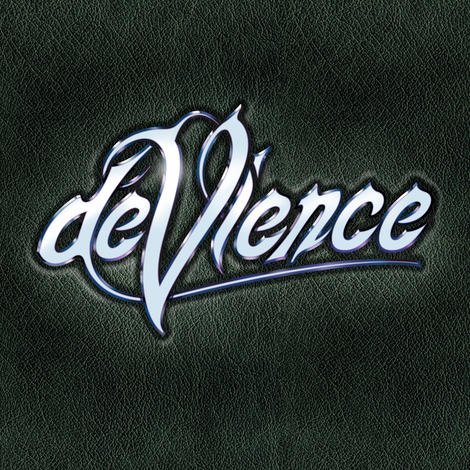 The other week MVM was watching an episode of a hit American drama called Billions. The billionaire lead character was jetted off to a Metallica gig and was chatted up by the female support act, who then proceeded to plan an acoustic version of the Ratt song “Round And Round”.

As she sang it – and it was rather good by the way – a thought struck us. It wasn’t supposed to be like this. When Kurt loaded up on guns and brought his friends in the early 1990s, it was meant to kill glam rock at a stroke, and yet here we are a quarter of a century later and attractive women are still singing Stephen Pearcey’s lyric on slick TV shows.

And what’s more, sleazy rock n roll ain’t ever gonna die while people are making new stuff with lyrics like this: “slip inside them cut-off jeans/finest lines I’ve ever seen”.

That is the opening couplet on “Move” a track early on in the piece on the debut record from London reprobates deVIence (their spelling) and in the space of 15 seconds they’ve knowingly put their marker down.

This isn’t original. But you know what? The band know that, and could give two shits, by the sounds of “Take Me Down (La La Land)” which gets bonus points for mentioning Thin Lizzy in its marvellous chorus – and is proof positive that if Poison were the polished Glam Rockers who wanted nothin’ but a good time, then deVIence will cheerfully have any time at all – and finish it off with a quickie with your sister, or frankly your mum.

They’ve got the knack of making anything sound like the dirtiest, most hedonistic and, well deviant night out you can imagine. “New Blood’” is a swaggering bluesy thing, with a huge groove and guitar work from Jim and Donnie that captures the mood perfectly.

Like all these types of bands always did, there’s some big old ballads here, and to be fair to deVIence, they’ve been pretty clever with them, “Prelude” is like a Goo Goo Dolls track, and as it morphs into “Easy” singer Gio shows himself to be mighty fine singer.

Largely, though, the band are happier being the soundtrack to your – and probably their own – nights out and “Go Hard Or Go Home” and “Sweaty” and the downright filthy “Lady” make up for what they lack in subtlety by being downright good fun – which to be fair is largely true of the whole record.

It’s a staggering fact – and one that makes MVM feel very old indeed – that it’s 30 years ago this year since this reviewer gave his late mother £6 and she went to the shop to return with the album which changed his life. this isn’t Slippery When Wet, but the debut record from deVIence is ample proof that hard rock isn’t going anywhere anytime soon despite what the supposed cool kids think