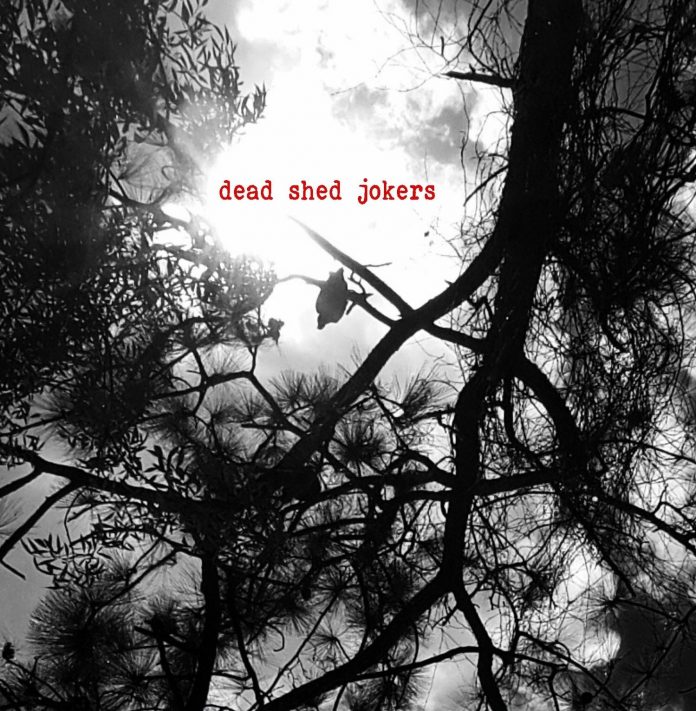 Rewind to August 2014. Dead Shed Jokers are entering the studio to lay down tracks for their second album. Their first, “Peyote Smile” was lauded in the pages of Classic Rock. Their second was made more difficult by the fact that two of their number had, as they say in the trade, done one just before the studio time.

But, like someone said, the show? Well it must go on, mustn’t it?

What happened in that studio in South Wales for the four days Dead Shed Jokers were holed up is finally ready for the world to hear and in age when – as in fairness we’ve said before on MVM – sounding different is more or less impossible, meet the band who’ve managed to do it.

The eight songs that make up the second Dead Shed Jokers record are classic rock writ large. What’s different about that, I can hear you cry. Well, simply this: no one else would deliver these songs in quite this way.

Much of that is down to the vocals of Hywel Davies, who sings the songs in a way that you just don’t expect him to, adding a strange drama to things in a similar overblown way – albeit in a totally different context and in a totally different sounding band –  to David Bower from classic metallers Hell. It shouldn’t work, but it really does.

Then there’s the twin guitars of Nicky Bryant and Kristian Evans. Not for these boys a twin axe attack in the manner of Murray and Smith, say, or the melody of Thin Lizzy, instead they lock into massive grooves behind Davies – but never sound like Sabbath either, preferring to create a wall of noise which underpins the record in a fine way.

Having established what they aren’t, let’s talk about what they are. The words “very good indeed,” are probably all that are needed, but such well crafted songs need a touch more elucidation than that.

So “Daffyd’s Song” is ushered in on a huge riff, “Delay The Morning” begins in rather restrained fashion, but builds to something impressive and  “A Cautionary Tale” brings with it a sense of foreboding.

Even on a strong collection like this, there is of course room for a couple of real stand-out moments and so it proves. “Made In Vietnam” with its imaginative use of bass, as well as quiet and loud moments is one, while “Memoirs Of Mr. Bryant,” which is a former Classic Rock Magazine song of the week, deserved that honour.

Elsewhere, there is almost a Led Zep feel to “Love Is Diseased” which meanders, takes a look at the surroundings and decides that it just won’t be constrained by rules of structure after all, and the rather urgent “Rapture Riddles,” which takes the media to task, is played at a million miles an hour and, you suspect, might be a showstopper in the live arena.

Things take a final left turn with “Exit Stage Left (Applause)” a piano led piece which appears to be a deeply personal song about the band itself, which concludes that “this will last a lifetime” but admits to uncertainly as to whether “things will ever sound this good again.”

Given the Dead Shed Jokers past, they are probably wise not to speculate too much. What they can be absolutely assured of is this: with their new album, they have created something that will stand the test of time. It’s quirky, it’s original, but moreover, it’s downright superb.