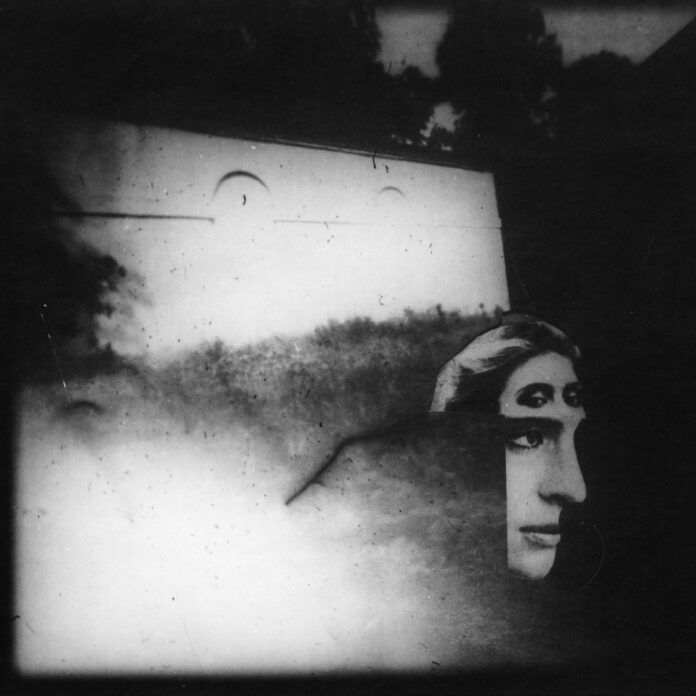 Day Clinic bring together four musicians Boris Kaplunovich (vocals / guitar), Can Aylak (guitar),  Chris Crabtree (bass) and Rafa Quiñonero (drums) from Israel, Spain, Germany, and the UK who relocated to Berlin in order to create 80´s inspired Post-Punk, Alternative Rock, and Heavy-Psych. They release their self-titled debut album this month and were aided and abetted by Ruby Mai on saxophone and Ted Bernays on flute.

The album opens with `A Place for Everyone` which is a kind of aural soundscape for the most part but towards the end we have a spoken word perspective on life shared with a slight Germanic sounding accent. This bleeds into `Sisyphus` which was named after the book by Albert Camus.

A book in which Camus uses the Greek legend of Sisyphus, who is condemned by the gods for eternity to repeatedly roll a boulder up a hill only to have it roll down again once he got it to the top, as a metaphor for the individual’s persistent struggle against the essential absurdity of life. The track itself moves through a number of moods or phases and begins quite edgy and bleak before shifting into a rock almost prog like phase with sax blasts that reminded me of the early experimental Roxy Music, loosening into a more reflective rock passage before racing off in a screaming cacophony of sound ending with a twangy resonating guitar riff. Wonderful stuff.

`A Mirror` is a blistering to and fro-ing rock out with some delightfully curious lyrics such as “ I’m the line between convenient and just, Nerves of steel covered with rust, A pendulum which refuses to swing. I’m a guitar with blood on its string”. The sort of stuff that can be read many ways and could be metaphors for our inner being. The scorching intensity brought to mind British post punk band Bauhaus. I thought `Memorial Day` was superbly eclectic and veered off it all sorts of directions and was at times pretty funky. A fitting panegyric or eulogy to those departed souls.

`Secrets` seemed to be a mix match of Stoner and grunge genres and is a fitting musical soundscape for this tale of something undisclosed. The number becomes magnificently trippy towards the end as a flute joins in with the shimmering guitar chords and subtle drum beat rhythm to give a fairly slow quite spellbinding end to this journey. I felt the short instrumental `2:37 AM` had a thoughtful, reflective, and contemplative feel to it with a kind of iridescent synth sound with complex guitar chord rhythms shared atop.  It did bestow that sense of the early hours of the morning.

`As Above So Below` musically is a little unnerving with lyrics that are also discomforting and appear to relate to a relationship that each side utilises to their own advantage not quite abusive but fairly cruel. There`s a wonderful haunting sense of balance shared throughout this composition which feels as if it`s going to explode or ignite but just teases. The number blends into the final track `Ghosts`   which has a haunting spiritual Indian-style sound with a fusion of instruments that may have been a plucked string tambura, shekere or similar percussive instrument and what sounded like goblet drums. It has a quite mystical charm that mentions Vishnu, a Hindu deity and God Of Preservation.

A superbly interesting, intriguing, and thought provoking submission to leave us all to ponder over.

There was so much to enjoy with this opus from Day Clinic and i`m sure we can all find something here to enjoy.

It was to me forty minutes of pure aural pleasure, acquire a copy and join in on this joyous mystical ride.

Previous article
DELAIN IN FLAMES
Next article
EVERYTHING BUT THE FUSE