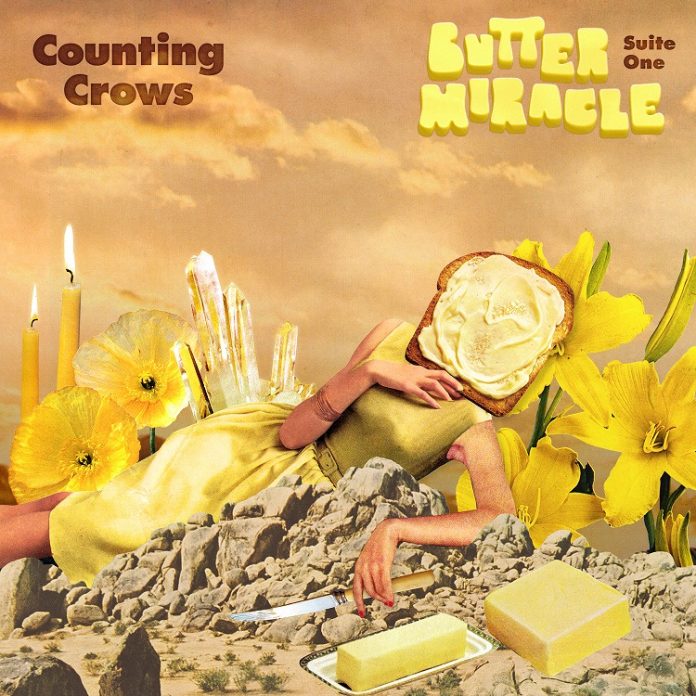 There was a scene in Frasier (the finest comedy ever made, that is definitive opinion of this website) where Bob “Bulldog” Briscoe was in love for the first time and the resident “ladies man” said this: “I’m crazy about her! I never felt this way before. You know, on my way to work, all these songs on the radio suddenly made sense to me? Have you ever listened to the words to “Time in a Bottle”? It’s so beautiful, man, I had to pull over.”

He does have a point. At any time between 96 and about 2000, you could have found me in the world’s longest unrequited love affair and the whole damn thing was soundtracked with “Mr. Jones” by Counting Crows. Those words, “she was suddenly beautiful, we all want something beautiful. Man I wish I was beautiful”….. (of course months of therapy could have probably been avoided if I’d actually, you know, spoken to her about all this before I was placed next to her new boyfriend and her at a mutual friend’s wedding……)

That is not a joke, and nor is it a digression as it probably explains two things: 1) why Counting Crows were/are right up there as one of my absolute favourite bands and 2) why I never listened to them for years.

I can even tell you what happened. My iPod decided to play “Angels Of The Silences” one day, and that was it. Even better they were playing reasonably local to me in a few weeks. So I went and I was back, as the CC fan I was always – actually I think I wittered on about the same girl in that review too.

Which brings us to this. “Butter Miracle Suite One” is their first record for seven years and is four tracks designed to be listened to as one whole, and its quite stunning.

Pitched somewhere between that debut (which along with Guns N Roses “Appetite For Destruction”,  The Wildhearts “Earth Vs”, The Almighty’s “Soul Destruction” and AC/DC’s “Back In Black” are the five albums were rock achieved perfection) and 1999’s “Hard Candy” it is not, in all likelihood about to get Adam Duritz and the boys new fans, but goodness me, it is enough to get the old ones very, very excited indeed.

The reason I say that is – a little like The Hold Steady  – “…Miracle” is full of little “in jokes” recurring themes from their other records. On the sprawling opener “The Tall Grass” for example, Duritz  echoes the words in “Have You Seen Me Lately?”, while other moments recall “Murder Of One” or “Perfect Blue Buildings” – and the piece takes its cues from this.

It was written last summer while Duritz was living here in the lockdown, and he’s certainly found his mojo. “Elevator Boots” has the effortless southern rock thing like it came straight from Muscle Shoals – and if the verse

He holds on tightly just the same

Sometimes one more night is all you need

I met Alice near the Alamo

One summer in San Antonio

I don’t remember me”

Probably isn’t about the “Mr. Jones” girl, then we are all Bobby here, if we are honest.

The fact that Counting Crows, even back in 1994 were a band I could never quantify is shown here too. “Angel Of 14th Street” veers from 70s disco to rock n roll with not a care in the world. “Wake up new, put on clothes that make you feel like you’re not broken” maybe a comment on lockdown mental health, then again it maybe isn’t. What I can tell you is the trumpet solo is brilliant, and the guitar solo even better.

And the last song? “Bobby And The Rat Kings”? I swear to you I looked to see if it was a Springsteen cover. Utterly incredible, it might be the best song of 2021 when the reckoning is done. Comments on the modern era:  “Z tried to edit Reddit instead it said it had eaten her phone
She goes from tinder to cinder. ‘Til she remembers she’s a flame of her own.”  Mix with the sense of unease that has always been in their music. “I’m an elevator kid pushing buttons when I wanna go home. But my generation hasn’t even got a name of its own.”

And if you’re 45 years old, still trying to work out what you want to be when you grow up, you’ll understand.

One song, four songs, part one, whatever this is, “Butter Miracle Suite One” is brilliant, and right up there with the finest stuff Counting Crows have ever put out.