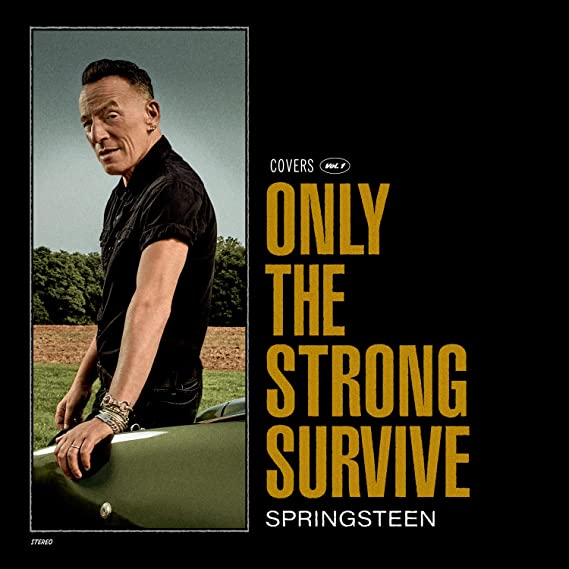 When Bruce Springsteen announced “Only The Strong Survive”, there was much wailing and gnashing of teeth on “the internet”. He couldn’t. He hasn’t. He shouldn’t. He mustn’t.

His “crime” such as it was? Well, it’s a 15 track soul covers record. That’s it. Nothing more, nothing less. And its not what “they” wanted.

The problem with being a megastar, is that people expect you to be what they want you to be. But, here’s a reminder that Bruce Springsteen is 73 years old. He’s been making incredible music for 50 years. If he wants to make a soul record he’s going to make a soul record and chin stroking, borderline register cases in their mum’s back bedroom typing on forums, can do what they like.

There’s a key line on the press release: “I wanted to make an album where I just sang.” That’s it.

And what he’s choosing to sing on is 15 soul classics. And he sounds as happy as he has for ages.

The irony is its not even that big a departure. The soul has always been there (particularly live) and the Jersey Shore of Southside Johnny et al was built on stuff like this.

The title track kicks off the concept. If you don’t like it, you won’t like the album, because (and let’s be honest about this) it pretty much all sounds the same. It’s classy, its superbly played, and its evidently a labour of love, but let’s not kid ourselves either.

The thing about the songs is whether you know them all or you don’t, they are instantly recognisable and instantly classic. The use of backing vocals is brilliantly done, and there’s a couple of standouts. “Soul Days” one of two to feature Sam Moore (of the legendary Sam and Dave) and he bounces off Bruce here. The namecheck of Edwin Starr is nostalgic too. I saw him do “War” with The Boss on The Rising tour in Birmingham.

One of the ones I do know, “Nightshift” is a highlight. The fact it lists the greats is in keeping with the vibe throughout, and “Do I Love You (indeed I Do”) is as good as it gets. The strings, the Wall Of Sound approach. It’s a beauty, at odds in terms of feel with “The Sun Ain’t Gonna Shine Anymore”. That is a fine example of the musicianship on show.

Interestingly, he hasn’t done too much to change these, but they all sound like Springsteen songs. The reason for that is that like on “Turn Back The Hands Of Time” he’s in full on Springsteen “roaring”, bombastic mode. So like on the funky “When She Was My Girl”, there’s no mistaking who’s in charge here. He’s a force is Springsteen and he makes his presence felt.

The only other version of “Hey Western Union Man” I’ve heard was Diana Ross And The Supremes, it sounds different here, and a mention for the strings of by Rob Mathes. If there was an MVP award given out then he’s getting it.

The piano makes “I Wish It Would Rain”, and “Don’t Play That Song” needs Johnny Lyon (I actually think I’ve seen him do it) but the E St Horns are in top form, as they are on “Any Other Way”. “Forgot To Be Your Lover” is one of the times blues and soul get close (and it’s the other one that Moore is on). Four Tops “7 Rooms Of Gloom” underlines that even in the deep cuts this is class.

“What Becomes Of The Broken Hearted” would, in truth, be tough to get wrong, so good is the track, and in these hands it’s a slam dunk, and “Someday We’ll Be Together” carries on the bed of strings and harmonies. It’s almost gospel too.

The other day I saw Bob Dylan. He played almost two hours of nothing that sounded like it should and it was brilliant, in fairness. My mate said something as we walked back to the car trying to process it: “Only Bob Dylan”, he reckoned. “could get away with that.” And it’s true that certain artists are given more freedom than others. Springsteen we want to be the story teller, the documenter of the human condition. On “Only The Strong Survive” he wanted to have fun, that’s all. Pay homage to his heroes. And you know what? It’s as warm and welcoming as it gets. Credit to him.