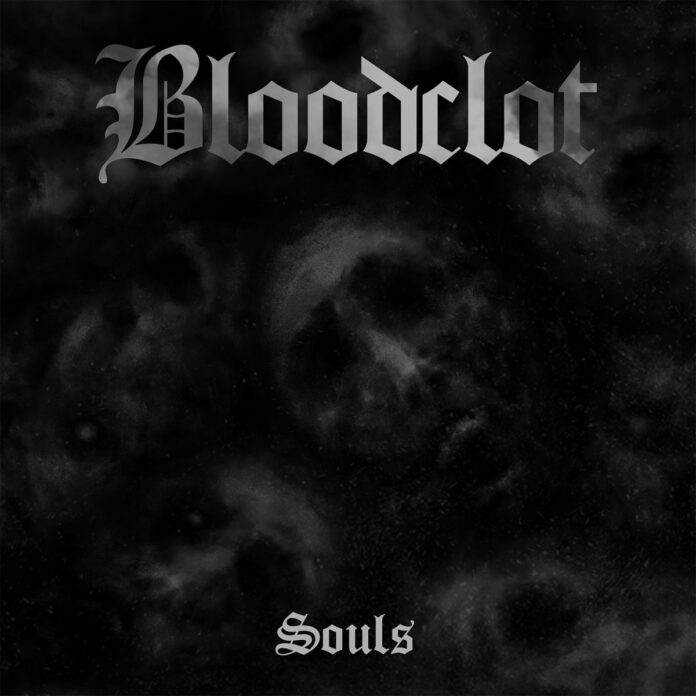 Recently, I’ve been to so many gigs that I can’t actually remember which one it was that played Slayer’s “South Of Heaven” before they came out, but I hadn’t heard it in years. It went through my mind at the time that no one had made anything that vicious for ages.

Step forward Bloodclot to rectify that. Sort of.

“Souls” is the third release from the band. This means they’ve not exactly been prolific. They started in the 1980s, opening for Bad Brains.

There’s mitigation. So we’d best get to it. There’s an elephant in this room that we need to address. Bloodclot are named after their singer John “Bloodclot” Joseph. He was the singer in Cro-Mags. Now he does Iron Man tournaments, writes vegan cookbooks and has spats with Dave Grohl over Covid (Joseph played shows in 2021 with no restrictions and isn’t impressed with the vaccine and got into it with the Foos drummer). But he’s capable of utter brutality.

Which brings us to “Souls”. Dedicated to the late Todd Youth, this version of the band (also including  guitarist Tom Capone (ex-Quicksand, Beyond, Bold), bassist Craig Setari (Sick Of It All, ex-Youth Of Today, Agnostic Front), and drummer Darren Morgenthaler (Maximum Penalty, ex-Madball) has released a seven tracker that is quite superb.

You’d imagine with a line up like that you’d be listening to some NYC Hardcore, and you kind of are, but only if Agnostic Front had been force-feeding themselves some of that early Slayer on the bus. The title track is four minutes long for a start off (prog by Hardcore standards, right?) but its more than that, its in the leads, it’s in the breakdowns, it’s in the way Joseph spits the words. “Freedom’s a right, we want life!” he yells at the end, before Capone gives it his best Kerry King. It’s a brilliant opener. Thought provoking, brutal and bludgeoning.

“Unhinged” is more or less the contrast. 79 seconds of maelstrom, yet fully formed. This is the hardcore beatdown, while “War Castles” gets going like a buzzsaw laced with barbed wire. Joseph sounds like a one man army, raging about something, anything, and making it seem like he’ll win.

“Save The Robots” works itself into a frenzy, while “Infectious” is a touch more melodic, even coming with a Prong vocal, it’s got the New York sound, but of Helmet and the likes. In many ways it’s the anthem, “this town’s a lockdown town, it’ll put them underground” it offers. And, whilst I am not anti vax (four jabs kinda proves that, right?) I do have concerns about the response and it’s ongoing costs to physical and mental health and the economy. The fact you can even debate that in a music review may well prove that Bloodclot matter.

“Relentless” is the most immediate. Indeed, if you’re a Motorhead fan get yourself here for the Fast Eddie style solo, before they happily pay homage to Bad Brains (who Joseph roadied for once upon a time) with a fast, furious and slightly crazy version of “How Low Can A Punk Get”.

It is possible, of course, to enjoy this on a purely visceral level, but my question is why would you want to? “Souls” offers more than that, whether you choose to dive in is up to you, but there’s a conversation to be had around the points it raises.