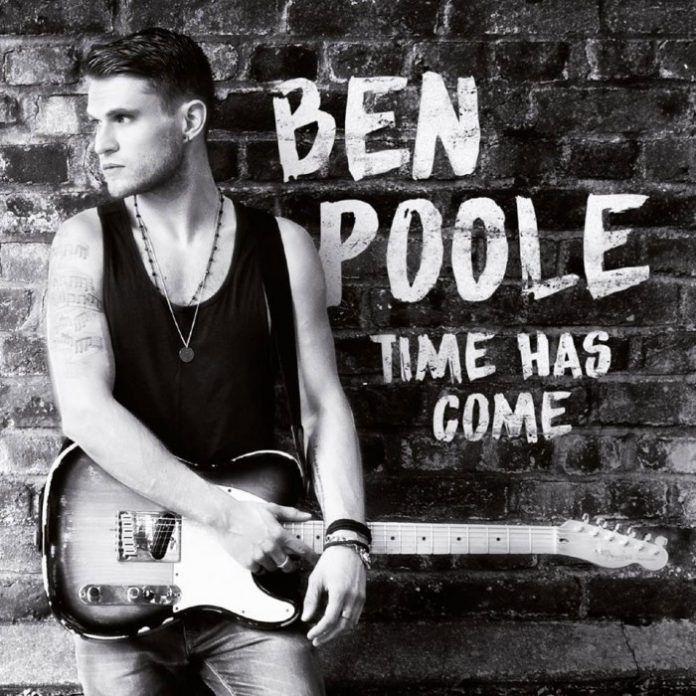 Ben comes of age on his second album

As everyone with a mere passing interest in modern blues knows, right now in the UK we are blessed with a stellar crop, but what is making this period extra special is the way that, as they develop, they are finding their own way to keep things fresh.

Whether that’s King King taking the work of Free and Bad Company as an inspiration, The Mentulls going down a more prog route, or Danny Bryant paying homage to the heroes of the past on his recent record, they are all out there and making brilliant music.

It’s only been three years since Ben Poole burst out of the Brighton Institute of Modern Music, with a bucket load of talent and stunning debut album, but things don’t hang around in the blues, and the key to what he’s trying to do on album number two lies in the three words on his Facebook bio. Asked to describe his music he does so thus: Rock, Blues, Soul. So it is that “Time Has Come” has as much to do with real soulful stuff as it does with outright blues guitar.

This feeling all over work like “I Think I Love You Too Much” (which features Aynsley Lister) and “Just When You Thought Was Safe”. Both have a light, airy quality, and like much of the work here, there is a timeless feel to them. That’s also true of the magnificent “If You Want To Play With My Heart”, which is as simple as it is effective.

However don’t make the mistake of thinking that the guitarist who won the respect of – and plaudits from – no less a pair than Gary Moore and Jeff Beck, has left his chops behind, his solo on the gorgeous “Time Might Never Come” (a track dedicated to Moore when MV saw him play it live) is stunning. The strident, confident riff of opening track “Lying To Me” is great starter, and the acoustics of “Longing For A Woman” – which meshes superbly with the understated Organ work – show his versatility.

There’s a playful side at work here too. The man who called his debut record “Lets Go Upstairs” is at it again the funky “Stay At Mine” with its key line: “the whole night’s led to this, just say the word and I’ll do the rest.”

It’s a record where no idea seems to be out of bounds, as Wayne Proctor, who is the Producer of choice for most of the best blues records right now, ties it all together with great skill. Things finish with “The Question Why”, featuring a mellifluous into which brings to mind Mark Knopfler and showcases yet another side to Ben Poole, who surely will go on to do whatever he wants to as his career unfolds.

There have been incredible blues records already in 2016. Here’s another. “Time Has Come” is great as it is aptly named.