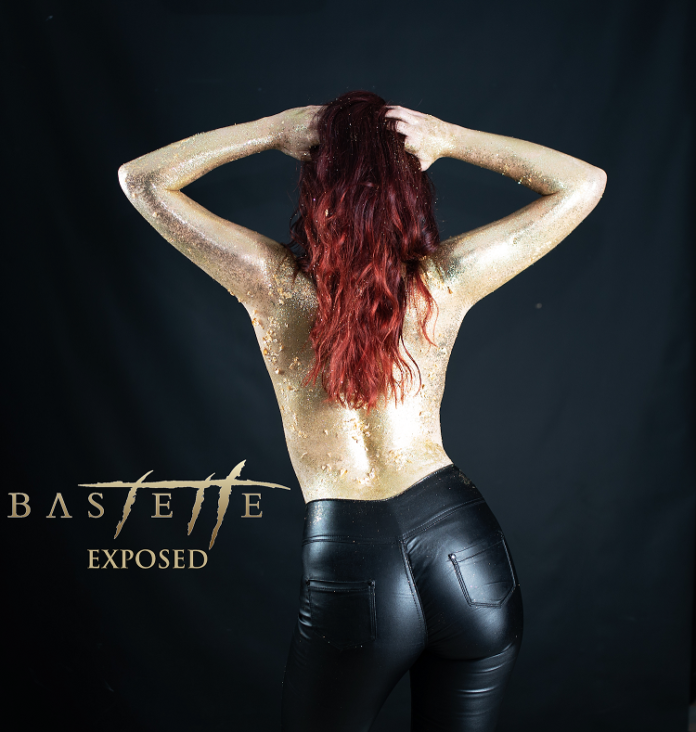 I can’t lie, artwork on albums, generally isn’t something I pay attention to, at least not to dissect.

I mean, I can buy the new Maiden on gatefold, and love the thing, and pore over the thanks list with the best of them, but generally, not so much.

Bastette are different, though (in many way’s but we’ll deal with this one first). The cover. I looked at it and thought to myself: “yeah I’ll review this, its some sleaze rock, I’ll chuck in some obscure references to some 80’s bands that only I remember and we’ll be sound”. Blackeyed Susan, Johnny Crash, Tuff.

Well, welcome to yet another episode of “everything Andy thinks he knows is generally wrong”, and actually the clues were right there. See, the woman on the cover? Look closer. What are those marks on her back? Is that some kind of bondage thing, or is she a snake? Is this (and this will be the only time we ever quote Q***n lyrics on MV) the real life or this just fantasy?

The truth is, across these five songs we never truly find out. What you can say with certainty, though, is this: It’s interesting, multi-layered and, frankly, could mean anything you want it to: That’ll do as a metaphor for “Exposed” too.

There’s a dark energy here, that’s about the only thing we can agree on. “Stand Back” throbs like Stabbing Westward. It lurks, or at least it does until the chorus. Because then it explodes. Like a pop song.

Confused? You probably should be, because this is not easy. It’s catchy as hell, but you aren’t quite sure whether it should be in Kerrang! Or Smash Hits. “Talk About It” swaggers. Massive hooks are all over this, but then in the next breath it does some fragile electronica.

The rest of the band must surely know that Caroline Kenyon is the star of the show  – her vocals drive the thing – but they provide the bedrock, the backdrop for what she does. “Sick And Twisted” for example is the work of a fine band, glam rock stomp, and proud, but then not quite.

“Rollercoaster” even adds a bit of grandiosity, and the words seem to sum up what its like to be listening to this, while the proper hard rock of “Poison” belies its attitude in its first line: “I’d rather be your shot of poison, than be who everyone wants me to be” sings Kenyon and isn’t that the point? Isn’t that the sound of a rock band that is doing it on its own terms? “Exposed” is that writ large.

There’s something really unpleasant here if you take away the sugary coating, like finding a razor blade in your chocolate, perhaps or something crawling in your cake. The fact is though, there’s something about Bastette that almost demands your attention.