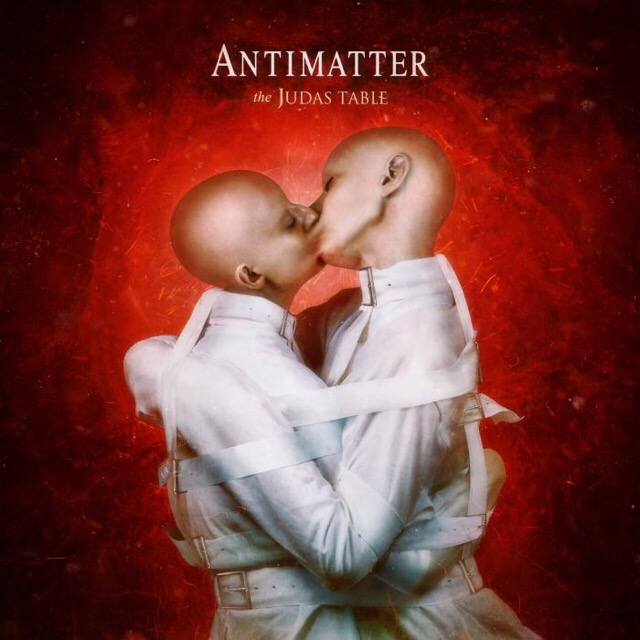 Is it wrong to enjoy another’s suffering?

It’s a question that is pertinent to the sixth record from Antimatter. As main man Mick Moss put it in these very pages: “For ‘The Judas Table’ I gather together the various personalities of the people who’s callous and disrespectful, backstabbing actions caused me countless wasted years of depression”, he resumes. “For years I thought the problem was with me. I was always open and tried my best, but was nevertheless used and betrayed many times. This led me to believe I was worthless and must have deserved it. Now I realise the problem was with the clinically psychologically soulless people who treated me that way due to their nature, not mine.”

So yeah, you’d best believe it was personal. And that’s the point, but brilliantly Moss reckons that these tales of darkness would resonate with anyone.

Now, MV doesn’t know anyone like that, and MV most definitely doesn’t listen to The Trews “Misery Loves Company” with a particular person in mind every single time, and MV most certainly doesn’t have a woman in mind every time Counting Crows “Mr Jones” turns up (yeah right…..) but what we can’t do is write songs like this.

Because, no ifs, no buts, no maybes, “The Judas Table” is astonishing. In fact, let’s get it out there now it’s not far from the Prog Rock record of the year.

You can take any one of the cuts here at any point and find something magnificent. Opener “Black Eyed Man” is fragile to the point of almost breaking down in tears, the brooding “Killer” ends in a suicidal maelstrom, and the close on seven and a half minute epic “The Stillborn Empires” which manages to sound like Floyd but have the lyrical content of Stabbing Westward is magnificent, particularly its footnote “it was a business doing pleasure with you.”

And on album of many great lines – Moss almost seems to be writing slogans on occasion not lyrics – the suggestion on “Integrity” that “what’s the point if no one else has any?” is a glorious high point.

The best moment, though, is “Can Of Worms”, which is grandiose and lush and an excoriation of someone who is “ripping me off and bleeding me dry”, compete with an absolutely soaring chorus, before the topping off of a stunning guitar solo.

Not a heavy album (at least not musically) instead it’s full of stripped bare stuff like “Little Piggy,” which might be called “gorgeous” in another context, and the title track seems to want to gather up everything that’s gone before and make sure you understood that this is bleak and uncomfortable, but brilliant.

It ends on a hopeful note. Moss says “Goodbye” to (you imagine) his demons. And he notes “this battle I have won”. Whether it’s a lasting peace who knows? You hope it is.

So the answer to the question posed at the start is yes and no. There are times when “The Judas Table” is overwhelming in all senses of the word, but it’s an album to cherish.