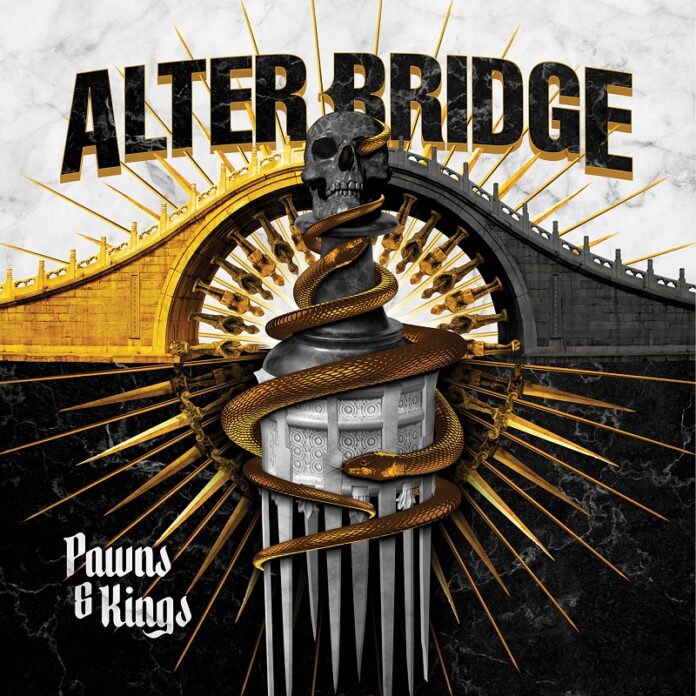 I assumed – that word is about to do a lot of heavy lifting – that they were a bit dull, a bit safe. Rock music for people who wear sandals, if you will.

Well then, you see, what happens is we get involved in another episode in a long list of “Andy is wrong”.

Long story short, I got a ticket for their gig the other week. I really, really wanted to see mammoth WVH and I am a big Halestorm fan too. That was the bill. I listened to the album a couple of times and was struck by how, well, interesting, it was. How complex it was. Christ. This wasn’t what I was supposed to think. Hell.

So, I turned up at the show, looking forward to the headliners a lot more than I was a week before. And at ten past nine, Messrs Kennedy, Tremonti, Marshall and Philips arrived on the stage. At 10.40pm, when they waved goodbye, they had me questioning my life choices: how could I have been so wrong? Is everything else I think I know to be true this wrong? Are even Queen good?

That and other questions we can answer another time, when we’ve digested the humble pie here. This should be the conclusion, I suppose (but then, everything else about the review is sloppy so why not), however, lets sort this now: I was wrong. Massively wrong and “Pawns And Kings” is one of the best hard rock records of 2022.

And that’s the case, because like on “This Is War”, the opener it dares to be different. It’s got a gravitas, a depth. It’s also got a sensational hook, but that’s kind of a given if you’re filling arenas, right?

“Dead Among The Living” is typical of what they do. I’d even agree that even before the show last week I knew Myles Kennedy was a sensational singer, and I knew Mark Tremonti could play, but what I didn’t appreciate was how varied they were. There’s a genuine heaviness to the brilliant “Silver Tongue” (they’d opened the show with it) but there’s a kind of natural epic quality to “Sin After Sin” and the likes. Almost seven minutes, it is not a million miles from something Dream Theater would do.

But they have an instinct. All the great arena bands do, for a big hit single. The mid-paced “Stay” is exactly that (or it would have been in another century) its mid-paced and glorious. Maybe they sound so natural because of their chemistry. They’ve been together so long they might have some sort of sixth sense about what’s required? That’s certainly what it sounds like.

“Holiday” was one of the singles from the record and it’s one of the best. A chorus that won’t let you leave, but in common with a lot of the others it seems to come from an autobiographical place. Indeed, one of the highlights of the show a couple of Sunday’s ago was the acoustic “In Loving Memory”. Written for Tremonti’s late mother, anyone who’s lost a parent would understand. That’s why possibly the highlight of this whole shindig is “Fable Of The Silent Son”. Eight and a half minutes of it. This is not a “pop” song. This is a piece of music that will resonate, that will matter. That they can change mood, ostensibly, with “Season Of Promise”, which is lighter and airier –  but which when you peel it away, keeps beating with the same darkness – is to their credit.

There’s nothing approaching a ballad here, which goes against the norm of the US Arena band. “Last Man Standing” is slower, more deliberate, but it’s the work of a band who believes its hook: “compromise is never worth it in the end – no!” This record doesn’t get made if you accept half measures. That’s a fact.

It’s also true to say that it ends with the title track, which Kennedy had claimed was “the hardest one to play on the album” when they’d done it in their set. It’s a fittingly thrilling end. It also has dreams: “although we’re pawns, we could be kings” sings Kennedy. But it’s the way it builds and explodes that is the most impressive thing about it.

So that’s it, then. I could dress this up with a fancy conclusion, but the fact is this: I was wrong. The world was right. Alter Bridge rule. I’d love to tell you about their other six albums, but I can’t. I’ll give them a listen, I promise. I will just add this before I eat some more of that humble pie, “Pawns And Kings” is brilliant.