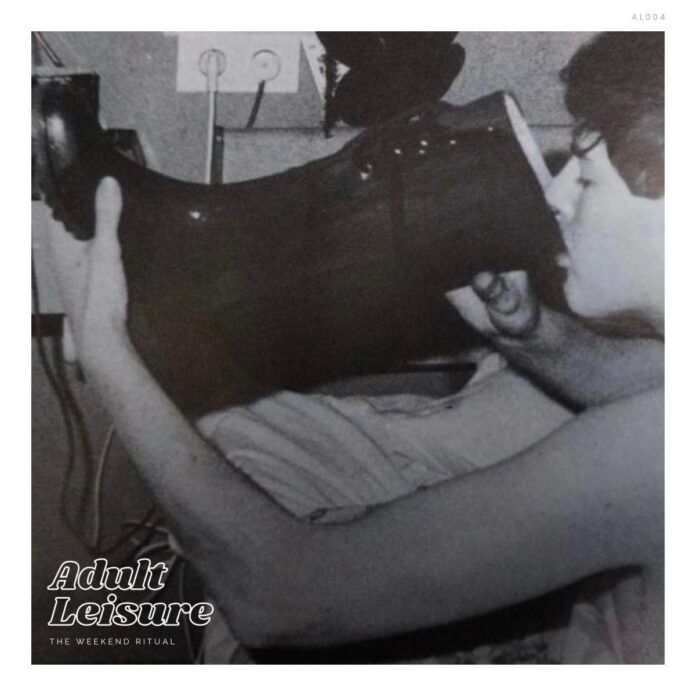 Adult Leisure are a Bristol-based alt-rock quartet, comprising of Neil Scott (vocals), David Woolford (guitar), James Laing (bass) and Nathan Searle (drums) who released their debut EP “The Weekend Ritual” earlier this month. The band started and formed the EP via countless video calls during the COVID-19 lockdown in 2020.

We open with `Happiness` which races along at pace with crashing guitar riffs, pounding drums and a leading bass line with vocals that are shared in an almost breathless fashion at times almost as if they have to be shared before it`s too late. The track appears to relate to living for the now, carpe diem or seize the day, a sentiment that the Roman poet Horace used to urge someone to make the most of the present time and give little thought to the future. Towards the end the vocals become a touch more not aggressive but insistent as the number builds to a climax. There`s a similar pace to `Modern Son` but the lyrics are conveyed in a gentler more thoughtful intonation. The band have shared that there`s an expectation of what you should be, especially from a parent`s viewpoint and this composition assures us that it’s ok to be yourself and express your vulnerabilities and fears..

`Control` was written about unhealthy relationships. The band state “Control focuses around an immeasurable love to which it’s clear the object of affection isn’t the wisest choice, yet still the lover is drawn ever closer, due to the overwhelming presence the recipient of their adoration has within their life. They are the drug they can’t seem to pry themselves away from. They are hell, yet they are home and this is the battle the lover is having with themselves.” The number itself is a fairly rock outing but has a kind of dreaminess about it with vocals that have a kind of sense of pleading. A delightful earworm of a track.  I loved the bass on `Don`t Wanna Talk` which is a kind of love song where the narrator is going through a romantic relationship which they`ve been through before which didn`t end as anticipated. Deep down they feel this one will end the same way but hope not. The track is wonderfully melodic and to me had a slight touch of grunge about it.

This five track extended play closes out with `Things You Don`t Know Yet` which has jangly guitars aplenty on this mid paced indie tinged submission. The lyrics seem to be about realising that we`re all getting old and can no longer live our lives as if it`s a dream but by the same token understanding it`s not too late to grasp it by the  throat and makes positive changes..

A superbly upbeat number to finish on.

I have to say I really loved `The Weekend Ritual` EP and on the strength of these tracks the album which i`m sure will follow will be a belter. Their influences to me did hint toward fellow Bristolians IDLES, TV Priest and had shades of Kings Of Leon but the band have their own distinctive sound and write songs that reflect real life issues and concerns that will make you stop, think and reflect, even just momentarily.