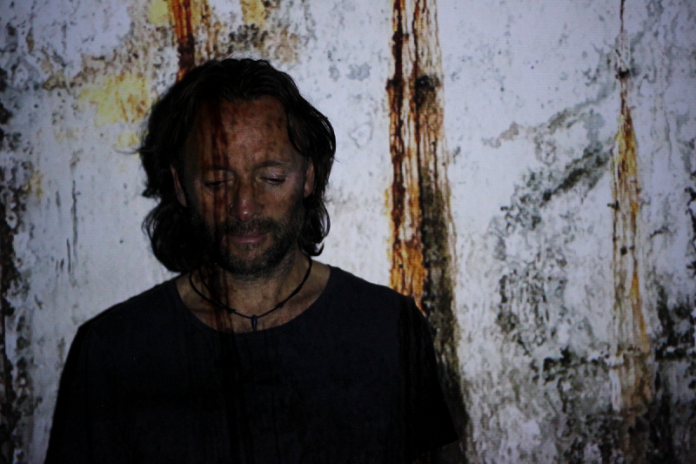 A year on from the release of his debut album, ‘Insubstantial As Ghosts’, the London based experimental electronic artist BArTc has today issued a seven track companion piece entitled ‘Ghosts’.

‘Ghosts’ continues to explore the electronic realm, with layers of analogue synth, dark ambient drones and experimental work combined with field recordings resulting in a series of highly atmospheric soundscapes.

Mastered by ICR owner and Nurse With Wound member Colin Potter, ‘Ghosts’ is available digitally via bandcamp and in a very limited Bartefact edition with handmade and numbered artwork.

BArTc is London based experimental electronic audio visual artist Jason Barton, with his nom de plume comprising the symbols for three chemical elements – Boron (B), Argon (Ar) and Technetium (Tc) – while also giving nods to both Hungarian composer Béla Bartók and his own surname.

Initially inspired by instrumental electronic records in his father’s record collection by titans such as Tangerine Dream, Vangelis and Jean-Michel Jarre, Barton gravitated towards underground ‘industrial’ icons such as Coil, Einstürzende Neubauten, Chris & Cosey and Skinny Puppy while in his teens, before digging deeper into the work of early German electronicists such as Cluster, Musique concrète pioneers Pierre Schaeffer and Pierre Henry, plus the BBC Radiophonic Workshop. He cites sound recordist (and Cabaret Voltaire co-founder) Chris Watson as a key influence.

Having collected synthesisers and made music (both alone and with friends) for several years, Barton subsequently started the project Less Than One to create accompanying videos that he began posting on Instagram. Initially solely for his own work, he soon earned plaudits from a worldwide community of electronic artists that in turn has led to commissions from the likes of Daniel Avery and Alessandro Cortini.

His debut album, ‘Insubstantial As Ghosts’, plus much of his brand new companion piece ‘Ghosts’ were recorded in early 2021 while the UK was in lockdown. ICR label owner Colin Potter, himself a well known figure in the experimental genre as a member of Nurse With Wound and sound engineer, heard some of Barton’s work and offered to release it, handpicking several of the tracks that subsequently appeared on the debut and mastering both that album and ‘Ghosts’.