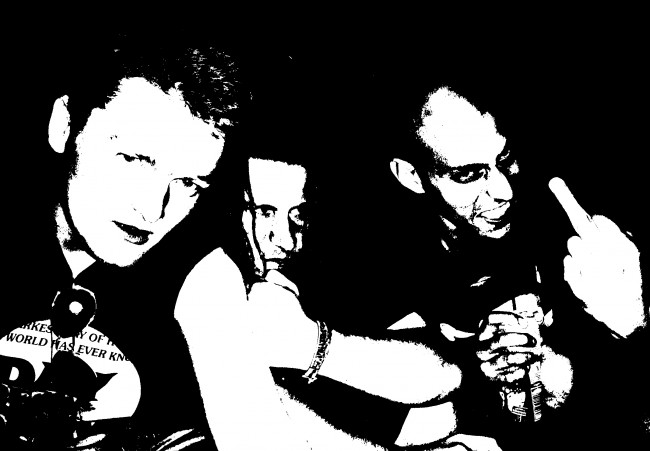 They’ve been called “A low point in extreme metal.” do you think Disfago care?

Disfago don’t give a fuck about anyone’s scene and they care even less for genre rules and regulations. They’re a violent, drunken assault on your preconceptions of extreme music. A head-caving collision of full force metal and unrestrained punk, there are no seatbelts supplied on this ride. Dismissed by some who simply ‘don’t get it’, they’ve been labelled the ‘low point in extreme metal history’ by Yosuke, head of the infamous Nuclear War Now! Label, but then those who strive for originality and refuse to follow the rule book are often overlooked at first.

The next chapter in the Disfago story starts here, with these five tracks of unadulterated attitude. Five screamed out statements of intent. Turn your back on the herd, refuse to follow the accepted path, grab a bottle of the hard stuff and ride this train into oblivion. The members of Disfago have all paid their dues a thousand times over in other bands, but this is where they raise a new standard…proudly emblazoned with a middle finger salute to the world. Mastered by Thomas Taube (Ascension, Reign Of Decay, Saeculum Obscurum) as they put it themselves: “this is noise, this is filth, this is fury, this is rebellion – this is DISFAGO!”