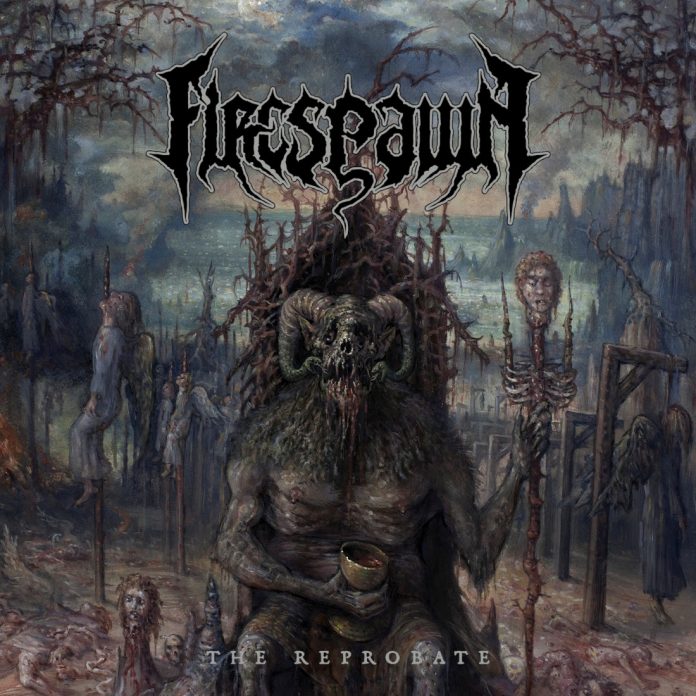 Death By Impalement”, track number 5 on FIRESPAWN’s upcoming second album “The Reprobate”, has been released for instant-grat and streaming today.

If you liked the previously launched song “Blood Eagle”, you will embrace this one as well. The pre-order for “The Reprobate has started today, too. So click on the links below, check out “Death By Impalement” and pre-order “The Reprobate” in the format of your choice:

FIRESPAWN’s debut album “Shadow Realms” stirred up the international extreme metal scene quite a bit when it was released in 2015. The band’s second effort is the next logical step, solidifying FIRESPAWN strengths in writing blasting tunes of blasphemous death metal with furious melodies, wicked riffs, ultra-precise drums and hell hound growls.

“The Reprobate” will be released on April 28th 2017 as Digipak CD, deluxe LP (with Gatefold sleeve, 180 g vinyl, poster, inlay and the entire album on CD) and as digital download/stream.

Previous article
REVIEW: BULLET PROOF LOVERS – SHOT THROUGH THE HEART (2017)
Next article
Claw It Out