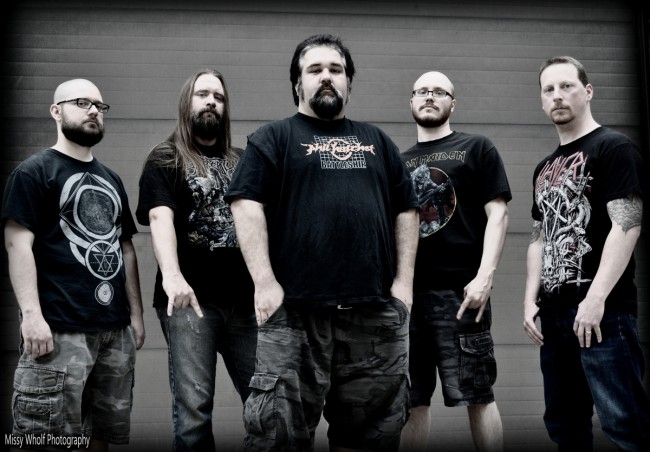 Cleveland Monsters bring out their new one

Monstrous riffs, bellowing vocals, and pummeling drums that mimic that screaming disdain you have for your mundane existence, that is the assaulting trauma of Cleveland’s INFALLING. This aggressive and groovy five piece is responsible for writing crushing thrash-tinged death metal, which includes their new single ‘Distorted Visions’ from their yet to be released EP ‘Ominous’ to follow the aggression of their 2012 debut EP ‘Path of Desolation’.

Multiples members of the band come from various Cleveland projects including Stresslord, Odious Sanction, and Pale Creation to name a few. The members are a culmination of Tony Balante berating the microphone, Justin Endres and Kyle Knicely crafting chugging riffs on guitar, Ben Smith slaying on bass, and Eric Frabotta setting the pace on drums. INFALLING is a sanctuary for the members giving them an outlet for creativity, fueled by passion and dedication to write their best material yet. Their boisterous sound is credited to their tried and true influences ranging from Metallica to Suffocation and helps them shape the auditory roller coaster that is Infalling.

Their writing process is a little unorthodox considering they conceptualize the songs based on the song titles, EP title, and then artwork. This reversed process has allowed them a sense of direction and visual cues to base their instrumentals on, from there the drum tracks are created, followed by riffs, and finally vocals. Their give and take relationship with crowds allows them to engage with fans at shows and have heads banging and horns in the air by their first song.