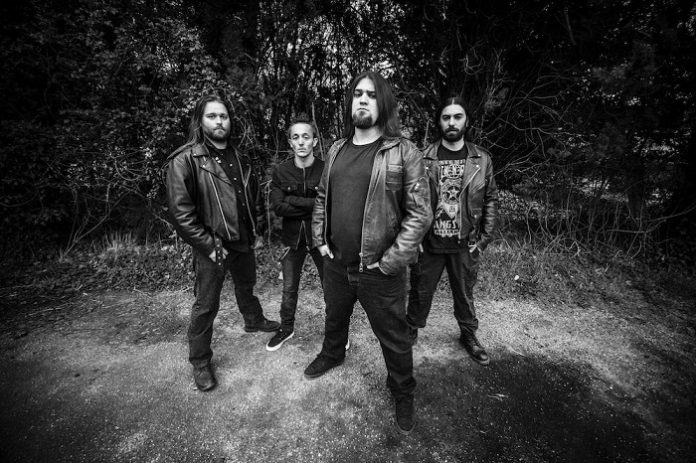 New album out this month

Recorded and mixed by Clement Decrock of Boss Hog Studio France and mastered by Annihilator’s Jeff Waters at his Watersound Studio, Canada, I Shall Burn Your Empirefollows the band’s debut album, Through Extermination [2013]. Vocalist and lead guitarist Chris Snaeder had this to say on the recording process,

“It was a painful and intense session, and I think you can hear it in our production. It took two years work to write this album, and when we knew that Jeff would work on it too, we wanted to produce the best record we could…

“Work is work, when you want to get the best then you have to throw your entire soul and all your energy into it. We did just that, and at the end of the two weeks recording session, we listened to the whole unmixed album and it was already sounding great.”

Eclectic in their musical influences, the band draws inspiration from traditional thrash such as Slayer and Kreator through to the likes of Meshuggah and Gojira making for an interesting musical output. Chris describes the band’s musical and writing transition from their debut album as an ‘evolution’. He elaborates,

“Our first album was more brutal, direct and aggressive… Keeping what was good, we’ve essentially added more melody to the riffs to get to what we have in I Shall Burn Your Empire.”

With artwork by fellow French artist Ink4rt, the artist listened to an album demo to gain inspiration for the piece. Chris explains the initial brief and the final piece,

“We decided to create a post-apocalyptic cover with an impressive dark and mystic character. It features the new prophet of a doomed world, reigning in ashes and lost souls. This is partly my vision of the antichrist and in my opinion a personification of the society we’re living in.” I Shall Burn Your Empire will be self-released 20th April 2016.