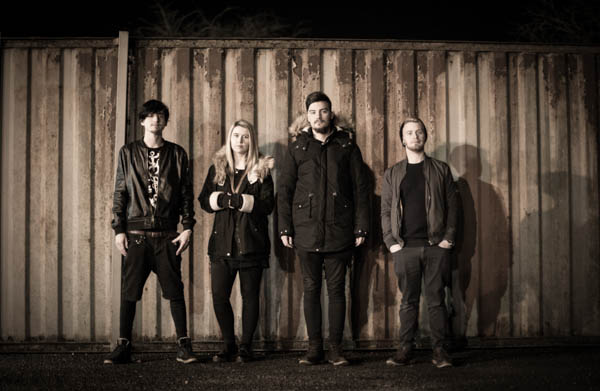 Berkshire rock band Elasea have unleashed a new video for ‘Time Is Against Us‘. The single is a reimagining of a track from their debut EP ‘Where I Belong’ which was released in August 2015, and demonstrates a new musical direction for the young band.

You can check out the video below:

Liv from Elasea comments:
“The song ‘Time Is Against Us’ is about getting older and running out of time to do things in your youth. When I started writing it I was thinking about quitting music as I didn’t want to end up in my late 20s playing the same level of shows we were playing then. (A room of about 6 people who couldn’t care less).
That’s where the line – ‘time is against us’ came from! At the time I was made to feel that women in this genre had a time limit to be successful. I guess I still feel that to a certain degree, but there are a lot more women in bands SLAYIN’ now, so I just get on with it.
The original version of this track is a lot heavier, possibly our heaviest track, so stripping it back like this was a bit of a test for us.
Video wise we wanted something visually appealing, the rest of our videos have been full band so again this is quite different to our usual, but we absolutely love it!”

Over the past two years Elasea have been lucky to share the stage with the likes of Funeral For A Friend, WeCaughtTheCastle, Idiom and have had continued support from BBC Introducing. With a slight line up change the quartet have now found their edgy and unique sound with vocalist Andy Bradford.

2016 looks like an exciting year for Elasea, who are working relentlessly behind the scenes both on their new EP and touring up and down the country.

You can catch Elasea live at the following dates: