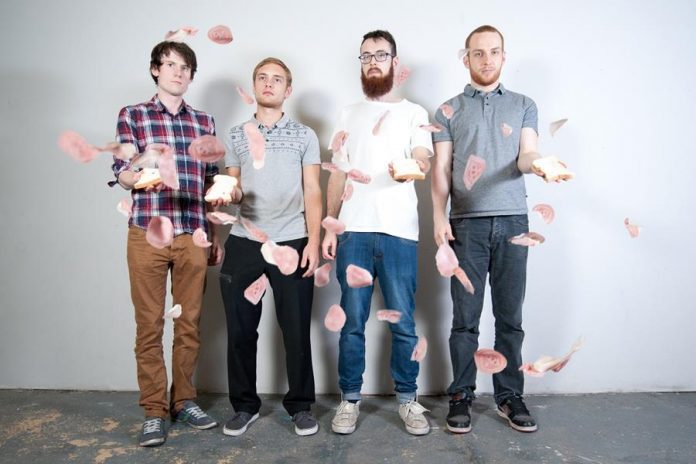 Dublin Jazz/Math Rock crossover being out their new clip

Alarmist are an instrumental quartet from Dublin, comprised of Neil Crowley, Elis Czerniak, Osgar Dukes and Barry O’Halpin. Their debut LP Popular Demain is an almost orchestral expanse of colour and meandering lines, tightly wrought around a rhythmic core of double drums and guitars.

Recorded in the Meadow studio at the edge of Ireland’s Wicklow Mountains, the album is a natural evolution of from the sound established in the Dublin band’s previous EPs.

It carries on the genre-defying fusion of influences that has gained the band a growing international following; primitive Korgs, Casios and tape-degraded voice samples find themselves densely packed with an organic mass of winds, percussion and prepared piano, forming a soundworld that somehow finds common ground for jazz-infused math-rock, warped experimental pop melodies and brutalist slabs of pulsing electronics. 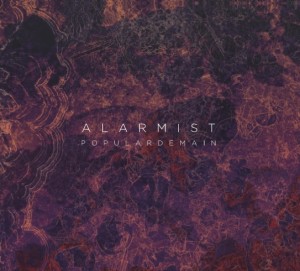 Through the power of online music communities and word-of-mouth spread, Alarmist have developed an ever-growing fanbase in Europe, North America, and beyond, in particular since the release of Pal Magnet which since November 2013 has remained in the top 50 ‘experimental’ releases on Bandcamp worldwide, also featuring on the site’s Staff Picks.

2015 has seen the band embark on a Canadian tour, including an appearance as the sole Irish act at Ottawa Jazz Festival, and a UK tour in April. In the same month, they gave a special 12-piece ensemble performance at Dublin’s MusicTown festival together with experimental jazz groups OKO and Redivider.

In April 2014 they were the act selected to represent Ireland at the 12 Points Festival of jazz-related music in Umeå, Sweden.

Other notable festival shows in 2014 included Arctangent (UK), Out of the Crowd (Luxembourg), Down With Jazz (Dublin), along with UK/Ireland support slots with influential acts BADBADNOTGOOD (Canada) and Lite (Japan). They have been featured on All About Jazz, Guardian, the 405, Ottawa Showbox, Nialler9, The Thin Air, I Care If You Listen and Montréal’s Poulet Neige Christmas Wishlist 2014 project.