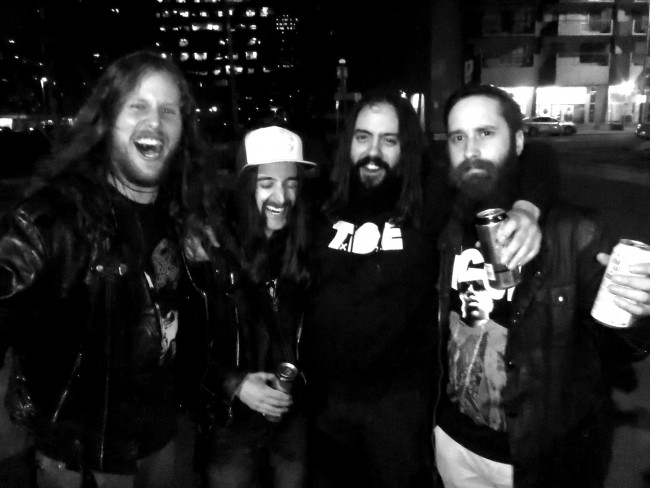 Dubbed the “REAL Calgary Stampede” by PureGrainAudio.com False Flag is pairing up with YELL! Magazine to offer fans a free stream and download of their new single ‘Reversion of Sin’ from their 2015 EP ‘Nest of Vipers.’ This is the second song made available from the band and Russ Gauthier (guitar and vocals) is really looking forward to people downloading this song.

False Flag begin their tour on Tuesday, July 21, in Medicine Hat, Alberta at Liquid Niteclub (638 14th ST) with State of Demur, Leave The Living, Morbidly Depraved,and Out of The Ruins. The rest the dates take the band East to Saskatchewan and then their official CD release in their hometown of Calgary, AB. The band recently performed at Farmageddon Open Air Festival. 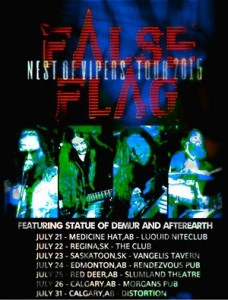