QUIREBOYS IN THE USA 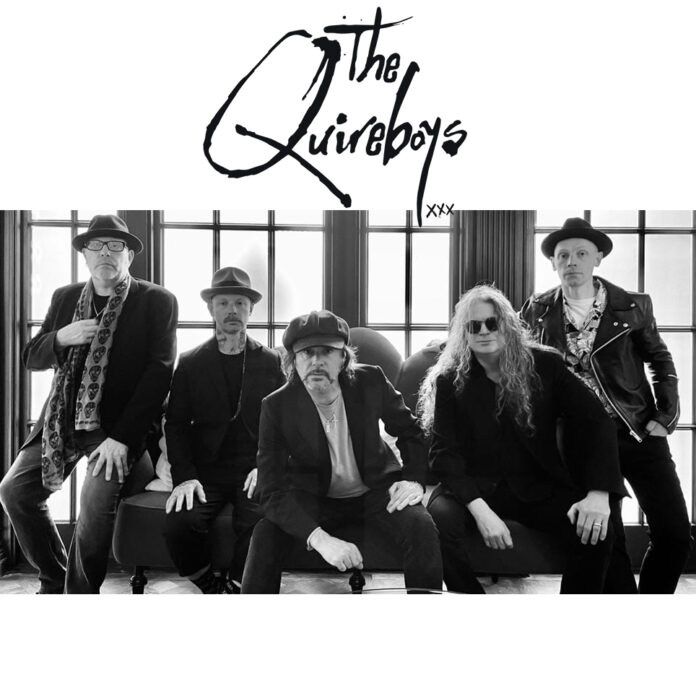 English rock’n’roll band The Quireboys will make a triumphant and welcome return to the States to finish what they started back in 2020 – but this time they are joined by the legendary Chip Z’Nuff of Enuff Z’Nuff on bass!

The lads were in the throws of a stunning country-wide tour when the pandemic hit – and have been itching to get back ever since.  That time is now, and May 2022 sees the band – most famous for their hit album “A Bit Of What You Fancy” – embark on a fresh tour of the USA taking in New York, Denver, Las Vegas and many more cities across the country including a stop at the prestigious M3 Festival in Baltimore. The tour will reach a triumphant conclusion at the world-famous Whisky a Go Go in West Hollywood – and for the tour The Quireboys are joined by the amazing Midnight Devils and Steve Ramone.

In addition to tickets which will be available shortly, the band are available at most venues for meet and greets – follow the link below to reserve your spot!

The Quireboys are certainly enjoying a revival – selling out venues around the world – with 2018 also taking in The Monsters of Rock Cruise (they return to the cruise in 2022!), HRH AOR VI, Sweden Rock and Stonedeaf festivals. 2019 saw a brand new studio album – their 12th called Amazing Disgrace.

An anniversary edition – fully re-recorded – of A Bit Of What You Fancy drew much acclaim in 2021 and shows the band are still as current as they ever were…. so be a part of the never-ending Quireboys party!

Previous article
FOLLOW FRANTI
Next article
JACK BACK (ON THE ROAD)