JACK BACK (ON THE ROAD) 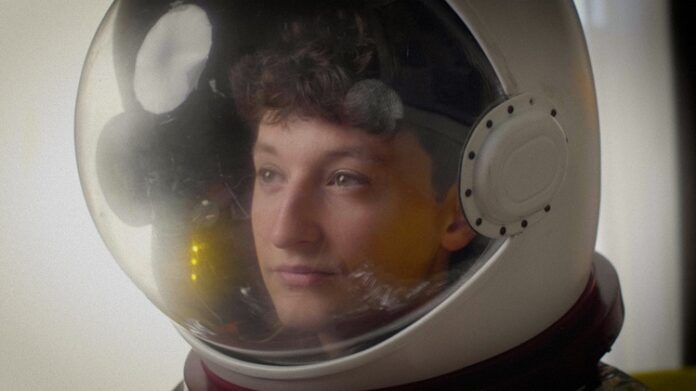 The track arrives as he prepares for a run of UK dates with Will Varley
this May – full dates below.

The Brighton-based singer-songwriter Jack Valero has established a first wave of acclaim with his debut single “Heaven Help Me”, which is out now. It has been championed by John Kennedy, who named it as his X-Posure Hot One on Radio X, while Chris Hawkins at 6 Music described it as being, “So good… What a beautiful thing.” ‘Heaven Help Me’ is the first song to preview Jack’s debut EP, which will follow later this summer.

“Heaven Help Me” makes a big statement for a debut artist as Jack weaves conversational lyricism that possesses an understated witty streak alongside spirited folk-rock instrumentation and a knack for timeless British pop songwriting. It paints a poetic picture of feeling alone and disillusioned in a society in which empathy is a rare commodity.

Jack says, “I think every songwriter at the moment has their lockdown song. I suppose this is mine, but it covers far more for me than what the world was going through. It also covers what I was going through personally at the time,  so it all wraps up into one and is presented in a way that can apply to any age and any time. It’s a song for lockdown, it’s a song for me and it’s a song for anyone struggling with the reality of their own existence. I like to be inclusive.”

“Heaven Help Me” was written by Jack and produced by Dave Izumi during sessions at Echo Zoo Studios in Eastbourne.

Directed by Dylan Friese-Greene, the song’s video puts a light-hearted twist on the song’s meaning. Jack plays an astronaut who is stranded alone on Earth, dreaming of the day when he can once again voyage beyond the stratosphere. But until then he’s stuck down here, living an entirely ordinary life with the rest of us. Watch the video HERE.

Jack adds, “The idea for this video came from Dylan, he’s a very talented filmmaker and I was so happy with how it turned out. The idea was to express the feeling of isolation in an abstract way, and what’s sadder and more isolating than being a spaceman stuck on Earth?”

Influenced by essential songwriters stretching from Tom Petty to Sam Fender, Jack Valero was raised by parents who exude a major influence over the UK music scene: Billy Bragg and indie label and management veteran Juliet Wills. Just as inspired by spending his teen years touring the festival circuit, Jack formed his first band in his teens before heading to Brighton to study music. The call of the road triumphed over his studies, however, and he instead focused on his band The RPMs, whose achievements included releasing music on Xtra Mile Recordings and playing Glastonbury and SXSW.

The pandemic halted their momentum, so instead Jack spent his time live-streaming solo acoustic sets from his flat, writing a wealth of new material, and working shifts at his local Covid testing centre. Soon enough, he had written a catalogue of songs which would prompt him to launch his solo career.

Jack Valero is just about to embark upon his first major tour as support to Will Varley. The pair recently played at Brighton’s Green Door Store together, which prompted the Brighton & Hove News to state, “Jack’s songwriting stood out as intelligently breath-taking using clearly thought out metaphors and imagery to create a powerful atmosphere leaving the whole crowd in awe.”

Previous article
QUIREBOYS IN THE USA
Next article
IN THE LAB