Psychostick Have A Wizard Time 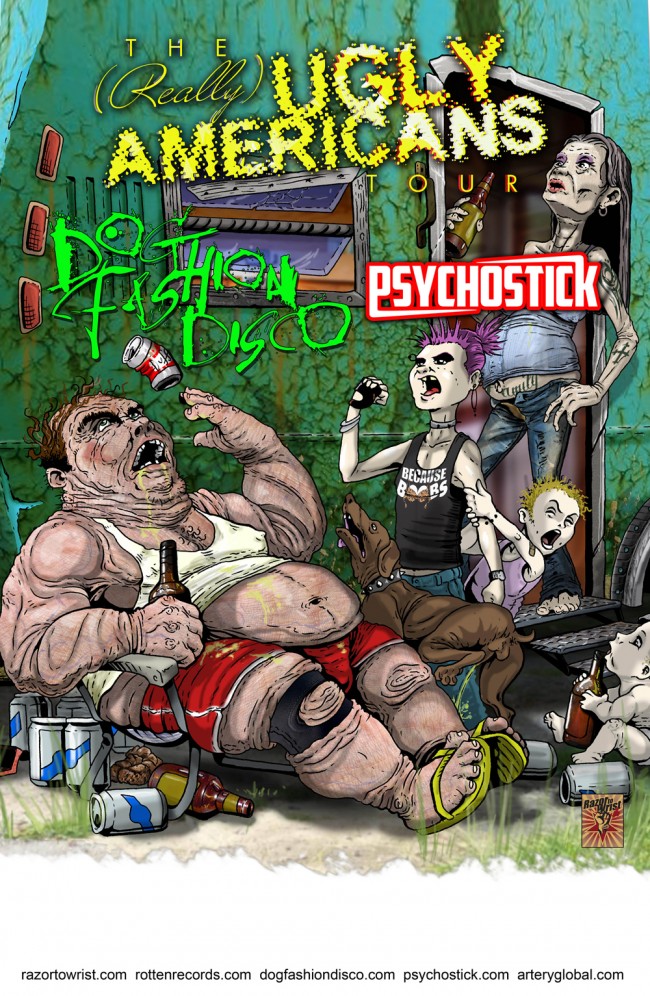 Unleashing their music video tribute to the world’s greatest hero ‘Bruce Campbell’ last month, America’s favorite comedy headbangers PSYCHOSTICK headed on over to the Wizard World Comic Con in Chicago this past weekend and filmed their adventures where they eventually met the man, the legend, the almighty Bruce Campbell. This made PSYCHOSTICK extremely happy fan boys!

In additional news, PYSCHOSTICK wrapped up ‘THE EVIL DUMB TOUR’ presented by Bluebeards Original and will now be heading to the UK w/ Dog Fashion Disco for their first ever overseas shows for the ‘The Ugly Americans Tour’ (dates listed below).

The tour is in support of PSYCHOSTICK‘s latest album ‘IV; Revenge of The Vengeance’ released last November on Rock Ridge Music. The album features 21 tracks of pure rock comedy genius with titles such as ‘Obey The Beard‘, ‘Dogs Like Socks‘, ‘Quack Kills’ (a song about Anatidaephobia: The fear of being watched by a duck), ‘Bruce Campbell’ (a tribute to the 21st century’s most beloved action hero), ‘NSFW’ featuring Bill Manspeaker (founder of Green Jello), a spoof cover of Kenny Loggins’ ‘Danger Zone’ and many more! There’s no wonder why these guys are the kings of parody metal!

‘Revenge of The Vengeance’ is available on iTunes here, all major online retailers plus the band’s online store here.