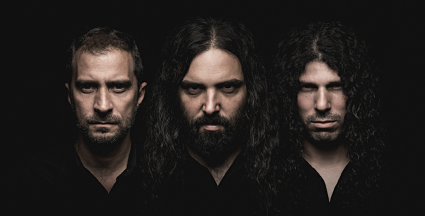 Long-running Argentinian death metal band Prion is back with their first new full length since 2008.

Uncertain Process is a relentless journey throughout ten tracks of torturous aggression, meticulously crafted for maximum carnage. The inevitable evolution of Prion during the past seven years is evident with their more sophisticated song structures and enhanced production quality when compared to 2008’s Impressions.
In addition to the new CD, this release also comes with a bonus DVDThis is How Argentina Bled, containing a full live set professionally filmed at The Roxy Live, Buenos Aires in 2013. The CD and DVD are packaged together in a double jewel case with incredible artwork by Marco Hasmann. Look out for Prion on their European Tour 2015 in September with Avulsed and Natron.
Comatose Music will release Uncertain Process on June 2.

Previous article
Get The Buzz! W.A.S.P Are Back
Next article
Artillery Ready Their Legions