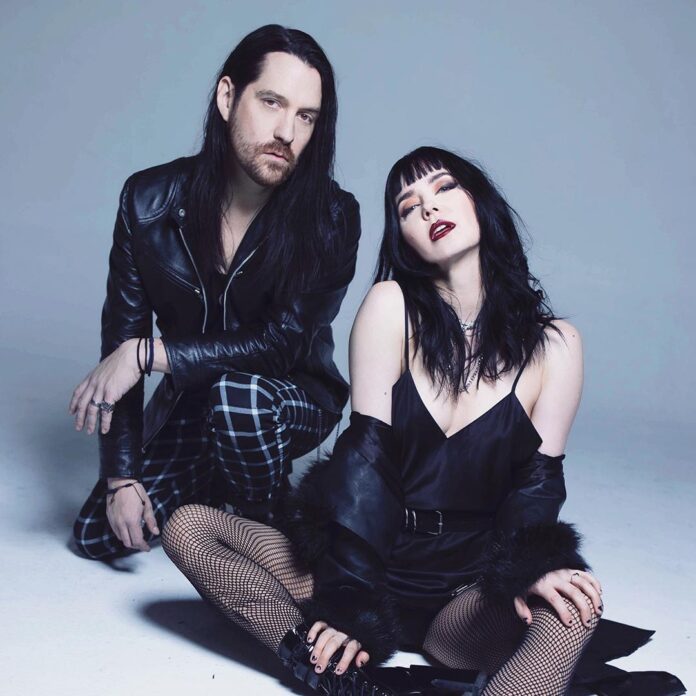 On March 24th, Los Angeles-based rock duo Dead Posey will release the single and music video for their new track “Can’t Take Me Down”. Prior to this release, the band has been building steady momentum with their last two buzzing singles “sorry i’m not dead” and “Russian Roulette”—which have amassed over 700,000 streams to date.

“‘Can’t Take Me Down’ is a reminder that you’re the most dangerous when nothing fazes you anymore. There will always be a million armchair critics judging or complaining about whatever you’re doing or not doing. When you don’t give a fuck, you’re untouchable,” said Dead Posey.

“Can’t Take Me Down” is the third single leading up to a full-length Dead Posey release due out later this year via Position Music. The band, fronted by Danyell Souza (Lead Singer) and Tony F (Guitarist / Multi-Instrumentalist), have been recently lauded by Loudwire, praising “Russian Roulette” as “…a catchy, upbeat party rock anthem with a dangerous flair to it…” and “sorry i’m not dead” as having “…edgy, bad-ass attitude [and] sounds like it came out of the 1990’s.”

The band now sets their sights to unleashing their distinct style of gritty and angsty rock for music fans both stateside and abroad.

Starting in May, Dead Posey will hit the road with Little Miss Nasty for an eight date west coast run. The band then flys over to the U.K. in June for two dates with Theory of a Deadman in London and Glasgow. Finally, Dead Posey will culminate their European tour with a performance at the popular Download Festival on June 12, 2022 at Donington Park in Derby, UK which features acts such as KISS, Biffy Clyro, The Pretty Reckless, Distillers, Lacuna Coil, Spiritbox, Ayron Jones, and more.

**with Theory of the Deadman

Los Angeles-bred rock duo Dead Posey have punctured their proverbial vicious vein by serenading a posse of devoted followers with fuzz-guitar infused rock-and-roll and edgy yet timeless-sounding vocals that pack an anti-establishment punch. When Danyell Souza (Lead Singer) and Tony F. (Guitarist / Multi-Instrumentalist met, they quickly tapped into an undeniable chemistry that led them down a cathartic path of creating punk-rock sounds riddled with unsettling lyrical themes ranging from sexism, depression, angst and rage against oppressive systems —all doused with a healthy dose of “DGAF” attitude yet still seeing the beauty within the madness. Feeding a monstrous appetite for live performance, Dead Posey has unleashed their punk-infused high-octane shows at notable festivals such as Louder Than Life, Aftershock, and Shiprocked. The band’s music has been heard in Fox’s Lucifer, MTV’s Teen Wolf, Marvel’s Cloak & Dagger, and Netflix’s Jack Whitehall – Travels With My Father among others, as well as in ads for Taco Bell, Sony PlayStation, Riot Games’ League of Legends, Back 4 Blood, and many more. The duo has additionally received positive mentions from the likes of The Huffington Post, Loudwire, and Guitar World Magazine.