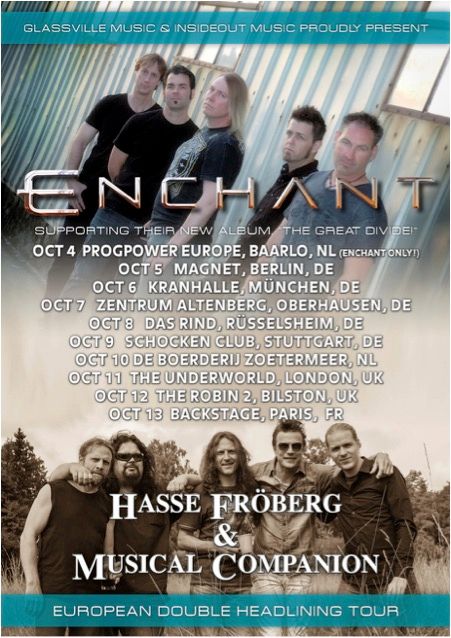 In the light of the upcoming European tourdates in support of their acclaimed comeback album “The Great Divide”, Bay Area Prog Rock institution ENCHANT have launched an announcement video featuring current music as well as photo materials.

The European tour, a first for ENCHANT in about a decade, is set to kick off this weekend on Sunday, October 4th at The Netherland’s long-running ProgPower festival / http://www.progpowereurope.com

Here is an overview of all coming dates: