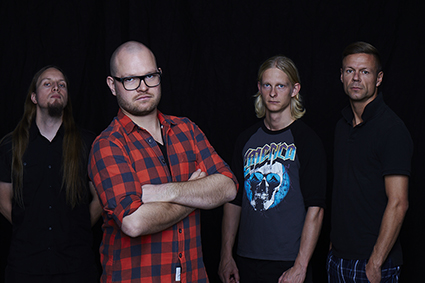 Killing Gandhi release new video
Danish Melodic Death Metal band KILLING GANDHI are set to release their debut full length album “Cinematic Parallels” this coming August 14th through the Norwegian label CRIME RECORDS. Transporting the listener to a mindscape of Danish pop and Swedish melodeath, “Cinematic Parallels” is KILLING GANDHI’s version of the scandi metal sound, taking inspirations from bands in the same vein as In Flames, Arch Enemy, Dimmu Borgir & Soilwork, among others from the Heavy Metal scene, and Medina, Robyn and Daft Punk on the more commercial side of the Heavy Music scene, creating a good mixture of short, effective and catchy songs.

Founded in 2013 and hailing from Copenhagen, Denmark KILLING GANDHI include among its ranks past members of Evil Masquerade, Manticora, Wuthering Heights, Ureas & Sickseed, as well as the current drummer for the long running band Illdisposed.

Recordings for “Cinematic Parallels” were achieved at MonoMono Studios and Studio 907 MKII between the months of May & August of 2013, with the great Jacob Hansen (Volbeat, Amaranthe, Mercenary….) carrying out the mixing and mastering responsibilities. 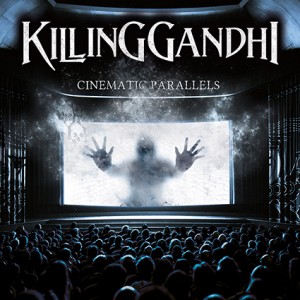